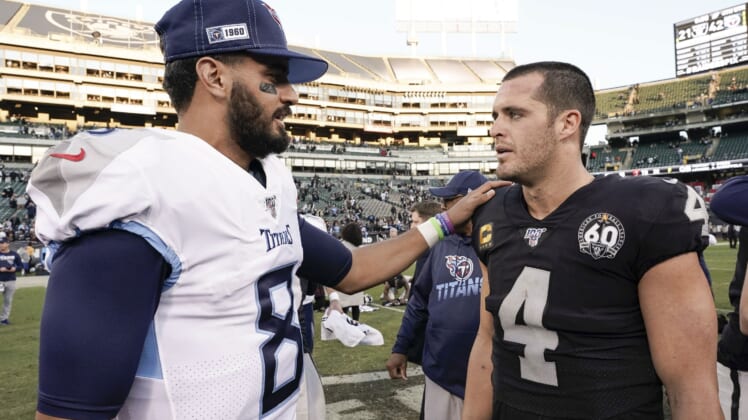 Now here’s a bit of a stunner. The Las Vegas Raiders are reportedly closing in on a deal with former No. 2 overall pick, Marcus Mariota.

Mike Garafolo of NFL Network shared the news on this Monday night, writing the Raiders “are pushing to close out a deal” with Mariota.

Earlier on Monday, another report indicated Jameis Winston was on the Raiders’ radar, but this seems like a more concrete situation.

Reportedly, the Raiders have been one of the teams interested in Tom Brady, and Derek Carr could be on his way out. But if Mariota joins the franchise this year, it seems unlikely that Brady will be coming to Vegas.

If the Raiders do sign Mariota, it will be very interesting to see what happens next given the fact that Carr still has three years left on his current deal.