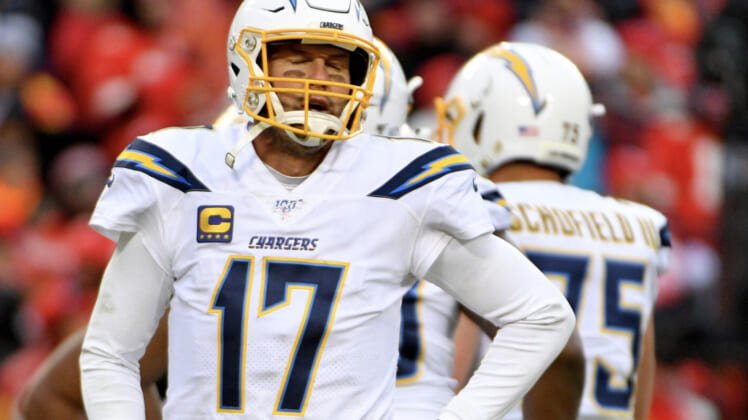 For the first time since Drew Brees was under center back in 2005, the Los Angeles Chargers will have another starting quarterback not named Philip Rivers next season.

ESPN’s Adam Schefter reported on Monday that the two sides have mutually agreed to part ways and that Rivers will ultimately leave once free agency starts in March.

The Chargers confirmed this news via their official website minutes later.

Rivers, 38, has long been speculated to be on the outs. He just recently moved from San Diego to Florida, leading to rumors that the borderline future Hall of Famer could join the Tampa Bay Buccaneers.

Rivers is coming off a disastrous 2019 campaign that saw him throw 20 interceptions, the third-highest total of his career.

Rivers’ tenure with Los Angeles ends with him having thrown for nearly 60,000 total yards and 397 touchdowns.