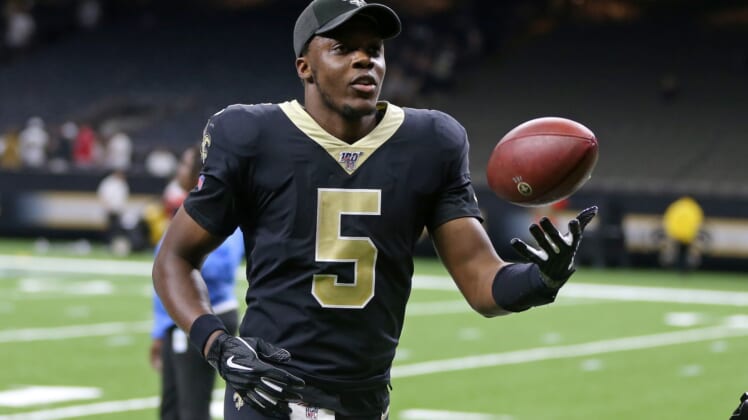 As the Carolina Panthers start to push Cam Newton out the door, they are reportedly closing in on a three-year deal to make Teddy Bridgewater their new starting quarterback.

According to ESPN’s Chris Mortensen, the Panthers and Bridgewater are negotiating a three-year deal in the $60 million range to reunite him with offensive coordinator Joe Brady.

The Panthers announced on Tuesday morning that they were allowing Newton to seek a trade. Newton later revealed that while he didn’t want the trade, Carolina’s front office was forcing him out the door. The coaching staff reportedly had their eye on Bridgewater and now they are about to land their quarterback.

Bridgewater reunites with Joe Brady, who served as an offensive assistant on the New Orleans Saints staff from 2017-’18. The 27-year-old quarterback is very familiar with Brady’s system, which made him the ideal target for the Panthers this offseason.

Bridgewater impressed as a fill-in starter for the New Orleans Saints with an 81.3% on-target rate this season, per Pro Football Reference. After taking over as a fill-in starter, Bridgewater started finding his rhythm in the offense. Once he settled in as the Saints’ starter, Bridgewater completed 67.6% of his throws with 835 passing yards, a 6-1 TD-INT ratio and held a 105.3 quarterback rating over his last four starts and went 5-0 as the starter.