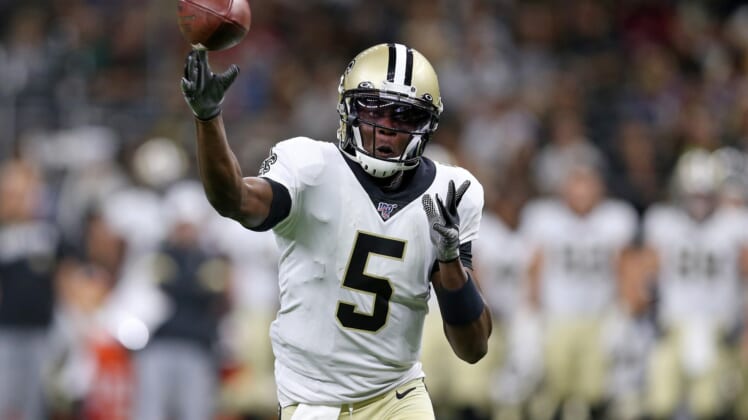 The Carolina Panthers made it official on Tuesday, announcing that they have given former NFL MVP Cam Newton permission to seek a trade.

This means that the quarterback position is of utmost importance for first-year head coach Matt Rhule. While Carolina might look to the draft for a long-term option, the team is apparently interested in a big-name free agent.

According to Dianna Russini of ESPN, the Panthers are showing interest in former Minnesota Vikings first-round pick Teddy Bridgewater.

This makes some sense in that the 27-year-old Bridgewater played in a similar system that Rhule runs dating back to his days with Louisville. He also spent a year in New Orleans with new Panthers offensive coordinator Joe Brady.

A first-round pick of the Vikings back in 2014, Bridgewater saw his career almost derailed after suffering a serious injury back in 2016. He responded by winning all five of his starts in Drew Brees’ stead with the New Orleans Saints last season.

Bridgewater is expected to earn somewhere around $30 million annually in free agency.