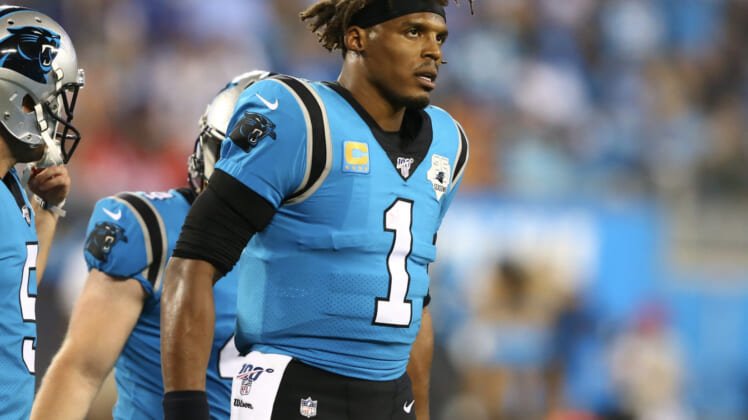 This seemingly set up former NFL MVP Cam Newton for a return to relevance after missing a vast majority of the 2019 campaign with a Lisfranc injury.

That’s apparently not the case. According to NFL Media’s Ian Rapoport, the expectation is that Carolina will trade Newton once he’s healthy. That could come as early as March.

This is not exactly a startling development. Reports from Carolina during the season concluded that Newton would likely be moved.

The 30-year-old quarterback is set to count $21.1 million against the cap in 2020. That’s not a huge figure given the quarterback market continues to reset itself on a near-monthly basis.

As it relates to Carolina, we would not be surprised if the team used the pick(s) it acquired in a hypothetical Newton deal to add a young quarterback in the 2020 NFL Draft.

There’s also some sense that could be made in Carolina tanking this coming season and targeting Clemson’s Trevor Lawrence in the 2021 NFL Draft. After all, Rhule is in it for the long haul. He inked a seven-year contract to coach the Panthers.