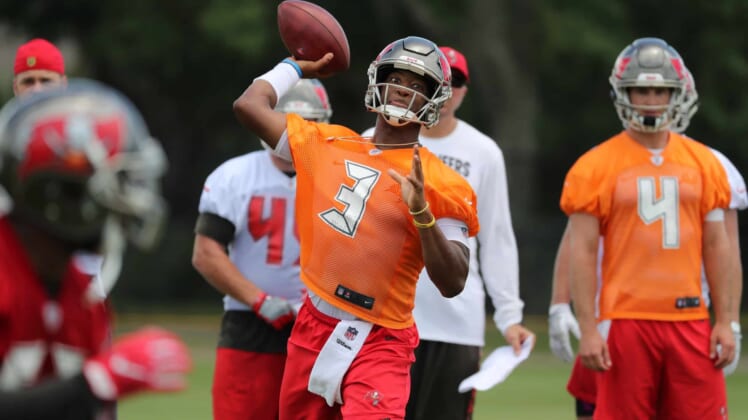 News broke late Wednesday evening that the Tampa Bay Buccaneers and quarterback Jameis Winston were concerned about a looming suspension.

It now looks like that’s going to be the case. According to ESPN’s Adam Schefter, the NFL is planning on suspending the quarterback the first three games of the 2018 season for violating its personal conduct policy.

ESPN’s Tallahassee host Jeff Cameron initially reported Winston was bracing to be suspended – and he will be.

“The league still has not notified Winston of its official decision, and the circumstances surrounding it still could lead to an increase or decrease of the three games, per sources. But as it stands now, the league is preparing to suspend Winston for three games,” Schefter noted.

This comes following a March 2016 incident in which Winston allegedly groped an Uber driver. The incident itself wasn’t reported until November of last year.

If Winston is indeed suspended three games, veteran Ryan Fitzpatrick will be under center to open the season for Tampa Bay.