Report: NFL GMs want draft moved back, but league says it will go on as planned 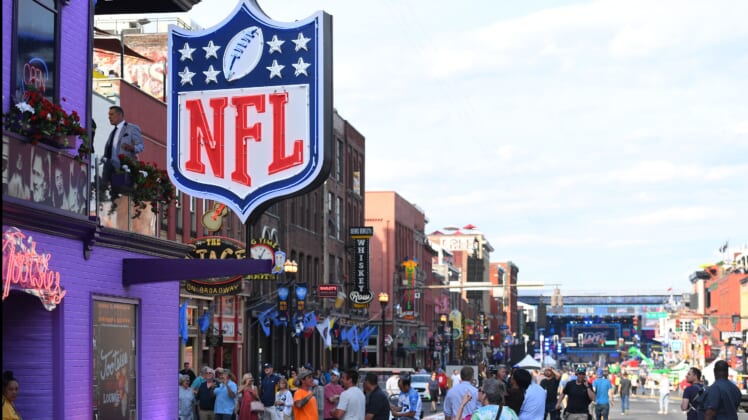 Now this is interesting. ESPN’s Adam Schefter and Dianna Russini reported Tuesday night that NFL general managers gave “a unanimous recommendation from the league’s general manager subcommittee to commissioner Roger Goodell on Tuesday” that the 2020 NFL Draft be moved back due to the COVID-19 pandemic. Despite that, the NFL will continue with the 2020 NFL Draft as planned.

The draft is set to take place between April 23-25.

According to their report, there is concern that “there won’t be enough time for player physicals, gathering psychological testing, getting further verified information about the players and some teams having to conduct the draft from home.”

There is also the perception that a few “power owners are calling the shots” and overruling the majority.

“I think a lot of owners aren’t sold on keeping it on schedule,” one league source said. “Of course the power owners are calling the shots. Plus, add to the fact that April is going to be the toughest month with this virus. It’s really a poor look.”

As for the concern that some teams might have to do work from home while others can be at their facilities, the NFL may have closed that loophole. On Tuesday, Roger Goodell sent a memo to all teams ordering the shutdown of team facilities, barring a few exceptions, until at least April 8.

There still is time for the NFL to move the draft, and in this ever-evolving landscape that the COVID-19 pandemic is shaping in America, it would be stunning if this is the last we heard about moving the draft back on the calendar.