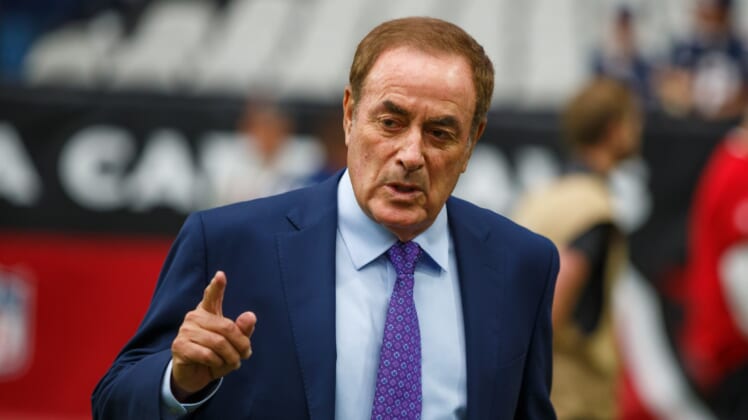 It doesn’t look like ESPN will have the star-studded broadcasting duo of Peyton Manning and Al Michaels for “Monday Night Football” next season.

A story broke earlier this month that the four-letter network wanted to sign Manning to a record-breaking contract while “trading” for NBC’s Al Michaels.

According to Andrew Marchand of the NY Post, that’s not in the cards.

“We look forward to Al completing his contract and calling ‘Sunday Night Football’ games on NBC,” Greg Hughes, an NBC Sports spokesman, said in a statement.

It goes without saying that the past two seasons have been a disaster for the weekly program. Jason Witten struggled in 2018 before Booger McFarland was the subject of major criticism this past season. McFarland and broadcast partner, Joe Tessitore, are not expected to be back next season.

Regardless of the Michaels’ situation, ESPN is still trying to get a deal done with Manning. He was offered a deal in the eight figures by CBS before they re-signed Tony Romo to the most-lucrative broadcasting deal in history a little while back.