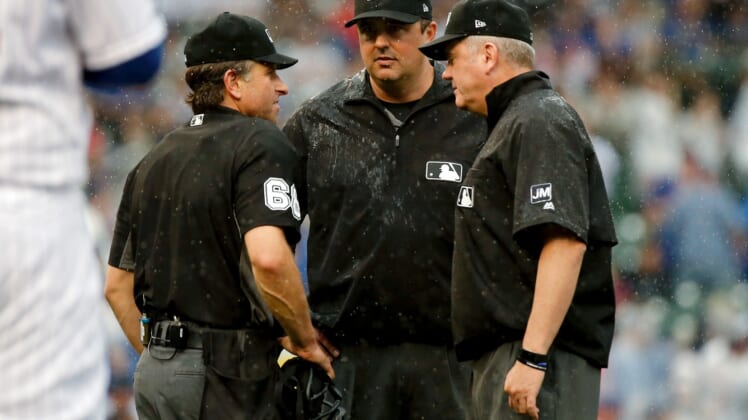 In an MLB offseason that has season teams strike deals with players, MLB has now reportedly reached an agreement with the MLB Umpires Association on a five-year pact.

According to MLB Network’s Jon Heyman, the league and its umpires have reached agreement on a new collective bargaining agreement. After reaching an agreement on the five-year deal, it will now need to be ratified before becoming official.

The deal comes five years after both sides reached agreement on their previous CBA contract in 2014, which was also a five-year deal. The last deal was agreed to in December 2014 then ratified in January 2015.

As part of the new agreement, umpires will see a significant increase in their pay and additional retirement benefits, per Heyman. Part of the new contract will allow umpires to retire earlier in their careers. Meanwhile, they agreed to work with MLB in further testing and developing an automatic strike zone.

It’s a significant step forward for umpires at a time when the league’s revenue continues to rise to record-breaking levels. The agreement also creates a clearer path for the future implementation of an automatic strike zone at the MLB level.

Once the deal is ratified, MLB can focus all of its attention on negotiating with the MLB Players Association on a new collective bargaining agreement. While the current deal with the MLBPA doesn’t expire until after the 2021 season, tensions between the sides are increasing with a strike becoming an increasing possibility for the ’21 season.