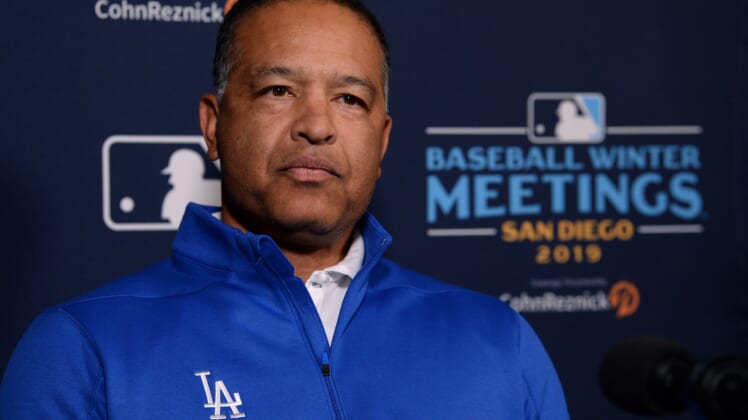 While other MLB organizations have spoken publicly about the fallout from the Houston Astros’ sign-stealing scandal, the Los Angeles Dodgers have remained quiet. According to The Athletic’s Ken Rosenthal, it’s because MLB specifically asked the Dodgers not to comment.

While several Dodgers’ players have joined their peers in criticizing the Astros, MLB spoke with team officials and specifically requested that they do not talk about the investigation or the Astros cheating. The league only recommended to other clubs that they refrain from commenting, per Rosenthal.

It’s unusual that the league would make this type of request for silence from just one organization. The New York Yankees, MLB’s most notable organization, was given the freedom to comment on the scandal, but the Dodgers didn’t seem to receive that same opportunity.

MLB may want the Dodgers to refrain from speaking publicly with the league’s investigation into allegations that the Red Sox stole signs in 2018. However, those claims suggested Boston didn’t electronically steal signs during the postseason or World Series, when they would have played the Dodgers.

MLB is receiving plenty of criticism for not disciplining Astros’ players for their role in the cheating scandal. Now with even more scrutiny on the league after it was revealed it granted immunity to players, this latest report could fuel even more criticism for commissioner Rob Manfred.