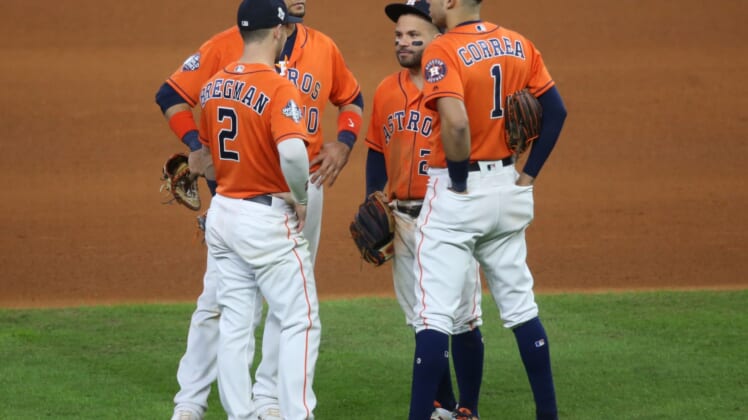 Many MLB players and stars were outraged after learning Houston Astros players avoided any discipline for their prominent role in the team’s sign-stealing efforts in 2017. We now know why MLB chose not to punish any Astros’ players for their involvement.

According to The Washington Post, commissioner Rob Manfred struck a deal with the MLB Players Association during the investigation. As part of the agreement with MLB, players were granted immunity in exchange for their full and honest testimony.

According to the report, MLB offered the deal to players because the league believed it would lose grievances from players that followed any suspension. Specifically, MLB cited the Astros’ front office not informing their players of the league warning the team about stealing signs in 2017.

Obviously, this isn’t a move that will ease any hostility opposing players have towards the Astros. However, MLB likely felt it was put in a difficult spot and went for the route with the quickest resolution.

The news is also noteworthy given MLB is currently investigating the Red Sox for using similar methods to steal signs from opponents in 2018. The league will likely take the same approach, which would allow players to avoid any discipline if the Red Sox are found guilty.