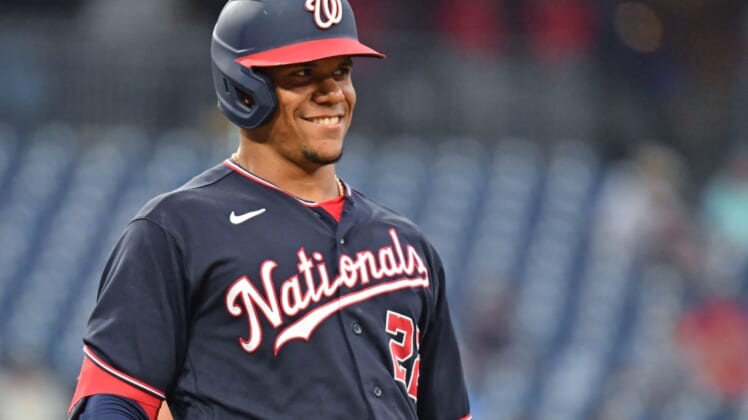 The Athletic reported Saturday that the Nationals’ latest offer, their third in recent months, did not include any deferred money.

Soto, 23, would have become the highest-paid player in baseball history, as the Nationals’ offer exceeded in total dollars the 12-year, $426.5-million contract Mike Trout signed with the Los Angeles Angels in March 2019.

Soto would have received an average salary of $29.33 million, with the deal extending through his age-38 season.

Soto’s agent, Scott Boras, was not immediately available to comment on The Athletic’s report. His client is eligible to become a free agent after the 2024 season.

Last month, Nationals general manager Mike Rizzo insisted “we are not trading Juan Soto” in a radio interview with 106.7 The Fan.

However, sources told The Athletic that Soto’s latest rejection means the team will explore trade offers as a matter of due diligence. This season’s trade deadline is Aug. 2.

Soto entered Saturday batting a career-worst .247 with 19 home runs, 42 RBIs and a major league-leading 79 walks in 89 games this season.