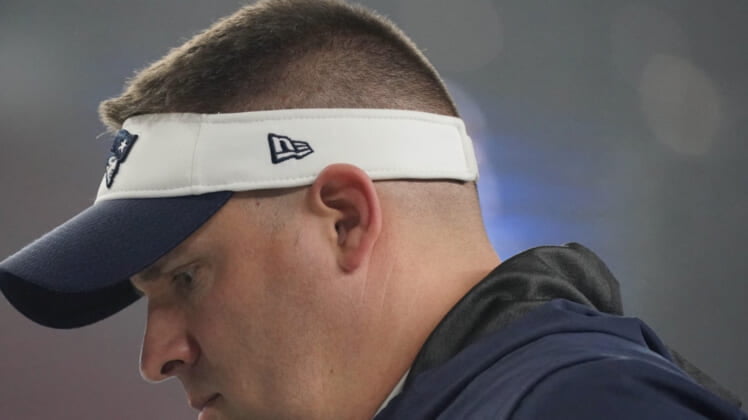 The Cleveland Browns on Sunday reportedly made a decision about their next head coach, hiring Minnesota Vikings offensive coordinator Kevin Stefanski in that role.

This hiring has led to scrutiny after how poor Stefanski’s offense performed in the Vikings’ blowout loss to the San Francisco 49ers in the NFC Divisional Playoffs on Saturday. It was historically bad.

On the other side, 49ers defensive coordinator Robert Saleh — also a candidate for the job — dominated his counterpart in Minnesota with a tremendous game plan.

These two were joined by New England Patriots offensive coordinator Josh McDaniels as the finalists to replace Freddie Kitchens in Cleveland.

While Saleh impressed the Browns’ brass in his interview, McDaniels was reportedly a completely different monster.

According to Albert Breer of MMQB, the longtime Pats’ assistant wanted “sweeping organizational” change within the Browns if he were to take the job.

It goes without saying that Cleveland was not about to cater to McDaniels. Hence, the team hiring a lesser-known offensive mind to help Baker Mayfield progress under center.

Now that each head-coaching vacancy is filled, it seems like McDaniels will head back to the Patriots. Meanwhile, the Super Bowl favorites retain one of the best defensive minds in the NFL.