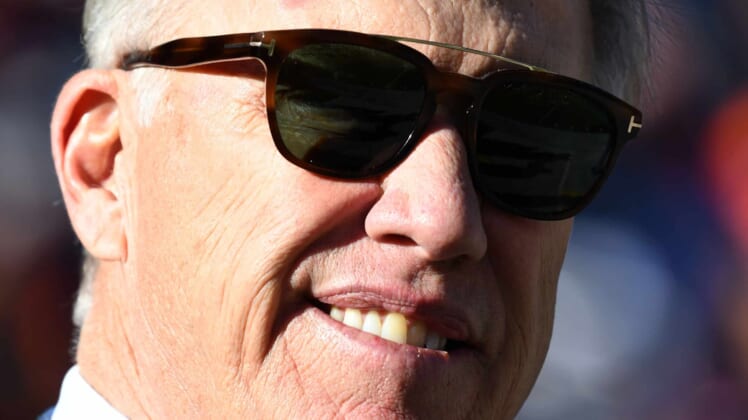 The Denver Broncos have made it know that their fifth-overall pick in the upcoming draft is for sale. Without a doubt, several teams in need of a quarterback could benefit from moving up. With the hours ticking closer to Thursday’s draft, the Broncos are reportedly getting phone calls from teams asking what it would take to trade up.

I’m told the #Broncos have received calls from teams interested in what it would take to trade up to their #5 spot. John Elway is open to trading.

There could be several scenarios that play out here. Because the Broncos not in desperate need of a quarterback, they could ask quite the ransom to give up the fifth pick to a more needy team.

Such teams might include the Arizona Cardinals, who sit at pick 15 and are reportedly eager to move up for a passer, or the Buffalo Bills who pick at No. 12. Even the Miami Dolphins, with pick No. 11, could be open to trading. Also, don’t count out the New England Patriots or New Orleans Saints, who would benefit from drafting an heir apparent to either Tom Brady or Drew Brees.

Things are going to get exciting very soon. The Broncos are definitely in the position to take whatever offer most benefits them in what could soon be a major bidding war. Unless, of course, the Cleveland Browns steal their thunder one pick earlier.