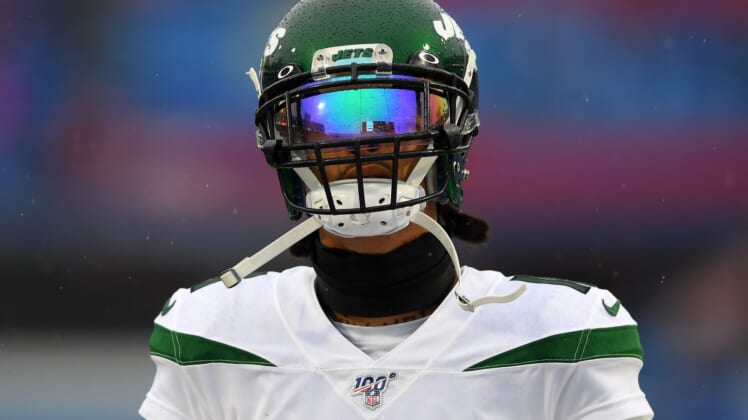 The New York Jets come into the offseason knowing they must do whatever it takes to surround quarterback Sam Darnold with a better support cast. Now with free agency approaching, the Jets are reportedly pushing once more to re-sign top receiver Robby Anderson before he hits the open market.

According to ESPN’s Jeremy Fowler, the Jets continue to engage with Anderson’s representatives to try and reach a long-term deal before he hits free agency. While the 26-year-old is still likely to hit the open market, talks between the two sides are ongoing.

Anderson is coming off another productive season with the Jets. He hauled in five touchdowns and recorded his third consecutive season with 750-plus receiving yards. The 6-foot-3 receiver also averaged 15 yards per catch over the past two years and is one of the NFL’s best deep threats.

He is reportedly seeking a multi-year deal in excessive of $10 million annually, per SportsNet New York. Given he’d be one of the best receivers available on the open market, Anderson is expected to hit his desired asking price and some have estimated he could receive $13-15 million per year on a new contract.

If the Jets are unable to re-sign Anderson, they will likely head into the draft with an even more pressing need at receiver. Fortunately, the 2020 draft class is loaded with impressive talent at the position.