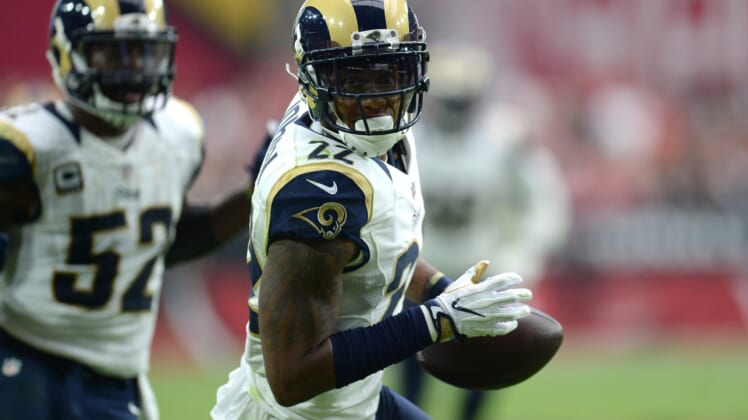 Free agent cornerback Trumaine Johnson has reportedly found a home. ESPN’s Adam Schefter has reported that Johnson is planning on signing with the New York Jets.

CB Trumaine Johnson intends to sign with the NY Jets, per source.

Ian Rapoport of the NFL Network reported that the deal is worth $15 million a year. That would make Johnson the league’s highest paid player at his position.

The #Jets are expected to sign CB Trumaine Johnson to a deal worth roughly $15M per year, source said.

As a member of the Rams in 2017, Johnson intercepted two passes (including one pick-six) and recorded 57 tackles.

Johnson figures to upgrade what was one of the NFL’s worst passing defenses in 2017. The Jets were well in the bottom half of the NFL in passing yards allowed (3,749), opponent’s passer rating (90.1), and touchdown passes allowed (30).

The Jets were busy on Tuesday improving the offense, as well. They reportedly, re-signed Josh McCown, added Isaiah Crowell, and are working to sign Teddy Bridgewater.