Report: Jeff Banister could be out as Rangers manager 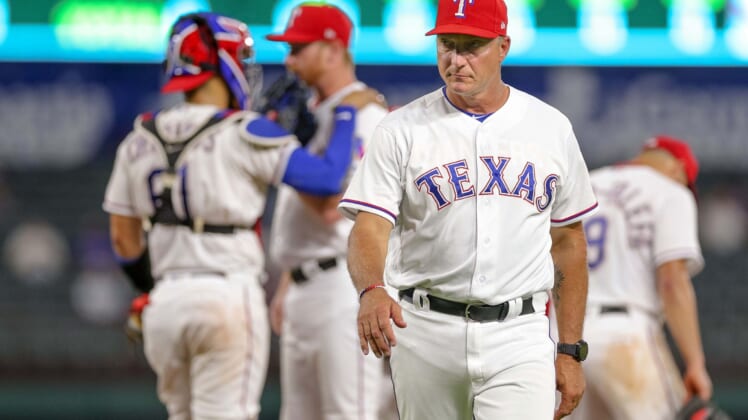 Currently in last place in the AL West with a 64-88 record heading into Thursday’s action, the Texas Rangers have fallen off the cliff. It was just a couple short years ago that Texas won 95 games and earned a spot in the playoffs.

Now likely heading into full-scale rebuild mode, Jeff Wilson of the Star-Telegram is reporting that the Rangers could move on from manager Jeff Banister altogether following the 2018 season.

“The rebuilding plan the Texas Rangers are undertaking has reached the manager’s office,” Wilson reported. “Multiple sources confirmed that the Rangers are contemplating replacing Jeff Banister after the season even though he is under contract for 2019.”

Texas had exercised the 2019 option on Banister’s contract following the 2017 campaign. But a lack of progression in a rebuild this season could cost him his job.

Banister has managed in Texas since the start of the 2015 season. He led the team to the playoffs in each of his first two years on the bench before the Rangers fell to 78-84 last season and further slid down the standings in 2018.