Report: Jack Del Rio has 50-50 chance to be fired after season 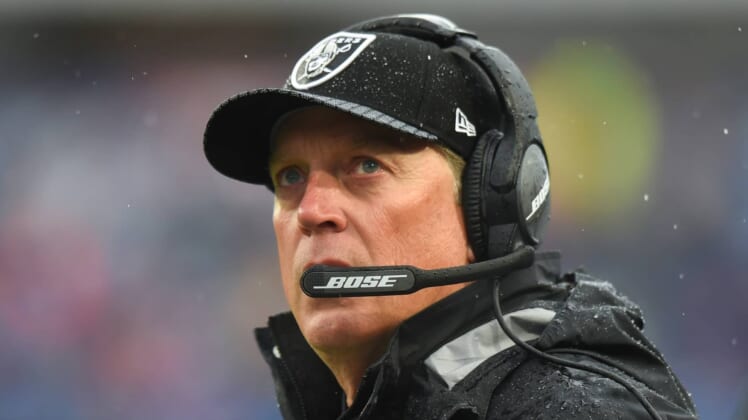 The Oakland Raiders have taken a significant step in the wrong direction in 2017. As such, head coach Jack Del Rio could soon be out of a job.

According to Mike Florio of Pro Football Talk, “it’s currently a coin flip for Del Rio” to keep his job. Florio also reports offensive coordinator Todd Downing is all but gone, which we’ve written about recently.

Oakland heads into Week 16 with a record of 6-8. In every respect, the team has regressed from its 2016 achievements, most notably on offense. The addition of Marshawn Lynch has done nothing to improve the running game, which actually was much better last season. Quarterback Derek Carr has been very mediocre, and so has Amari Cooper out at receiver.

Del Rio is a coach we highlighted recently when discussing coaches who deserve to be fired. He’s not done anything to elevate this franchise. If anything, the Raiders have regressed back to the mean, and they most definitely need an offensive-minded coach who can spark the offense going forward.