Report: Gordon Hayward plans to sign with the Celtics 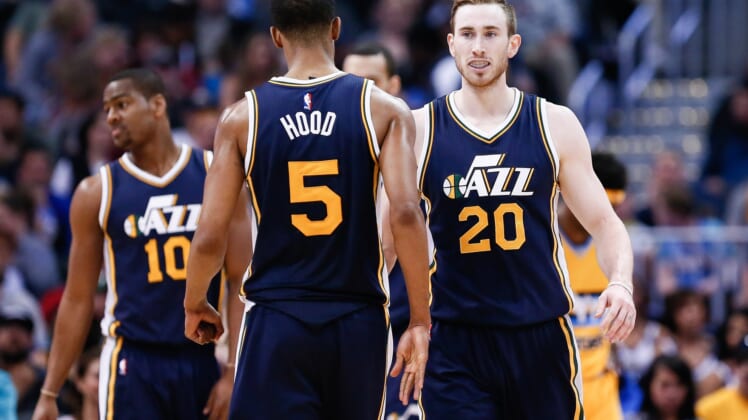 America’s city. Yes, Boston might have received some major good news on the 4th of July. According to Chris Haynes over at ESPN, prized free agent Gordon Hayward plans on signing with the Boston Celtics in free agency.

Boston had been in the midst of a bidding war for the All-Star’s services with the Miami Heat and his now former Utah Jazz team.

Hayward, 27, now joins a Celtics squad that finished last season as the No. 1 seed in the Eastern Conference. He will team up with Isaiah Thomas and Al Horford to form a solid trio in Boston.

All this comes after the Celtics missed out on both Jimmy Butler and Paul George on the trade block over the past couple weeks. It’s a major coup for a team that will likely be the Cleveland Cavaliers’ top threat in the Eastern Conference next season.