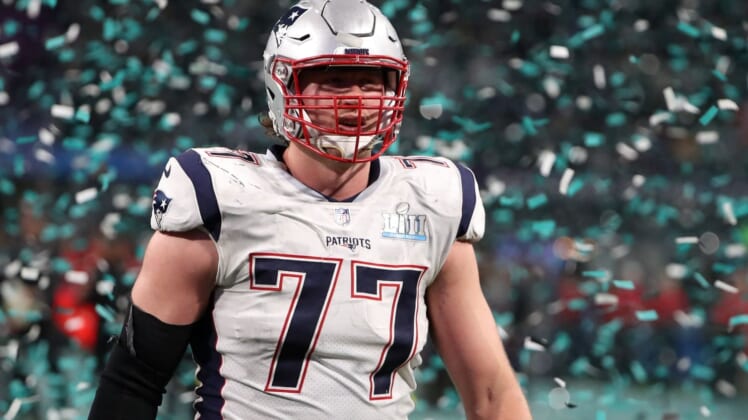 Left tackle has been an enormous area of weakness for the New York Giants, but the arrival of Nate Solder should immediately bolster the position.

According to Ian Rapoport of NFL Media, Solder is expected to sign with the Giants when free agency officially begins.

Mike Garofolo of NFL Media reports the veteran offensive lineman will become the highest-paid left tackle in the league.

Solder had spent all seven seasons of his career in New England after the franchise selected him No. 17 overall during the 2011 draft. He played a major role in helping Tom Brady guide the Patriots to four Super Bowls, including two wins.

New York, on the other hand, used a first-round pick on Ereck Flowers in 2015, but he’s consistently struggled to protect Eli Manning. The Hall of Fame-bound quarterback should feel more comfortable with Solder holding down the left side in 2018 and beyond.