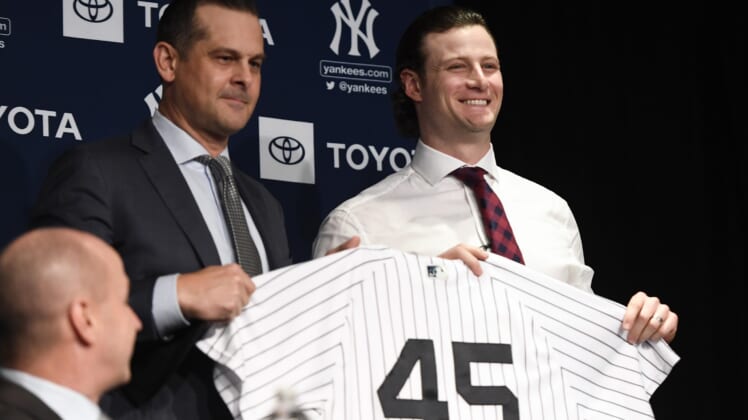 The New York Yankees shocked the baseball world when they signed starting pitcher Gerrit Cole to a nine-year. $320 million contract. Now we’ve learned Cole’s record-breaking deal could end up being even bigger.

According to The Athletic’s Ken Rosenthal, Cole’s deal contains an opt-out clause after his fifth season. However, the Yankees can void it by adding another year on the contract at $36 million and push the total to become a 10-year, $360 million contract.

The right-handed pitcher would be entering his age-34 season when he can exercise the opt-out clause in his contract. As we’ve seen with the likes of Justin Verlander and Zack Greinke, some great pitchers have proven they can keep playing at an elite level into their mid-30s.

If Cole is still performing like a front-line starter, which is possible given his remarkable durability and balanced arsenal of pitches, he could easily force the Yankees hand and get that 10th year added onto his contract.

Many fans thought giving a nine-year deal to a pitcher a year shy of his 30s was wild, it turns out the Yankees were willing to even go a step further than that to land MLB’s best pitcher.