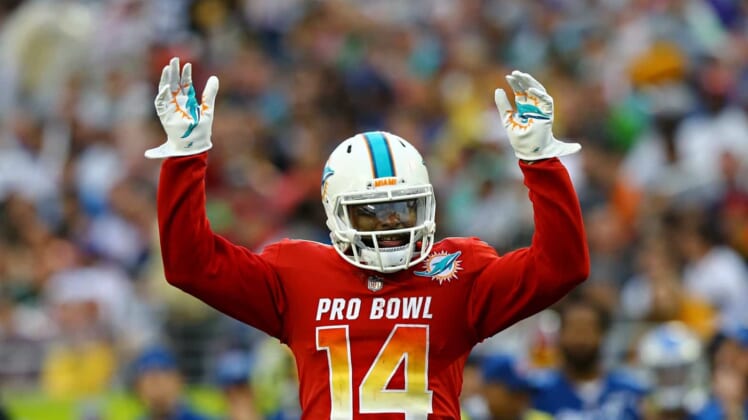 One of the likely suitors for Pro Bowl wide receiver Jarvis Landry due to their ample cap space, the downtrodden Cleveland Browns have apparently acquired their guy.

According to multiple media reports, Cleveland has acquired Landry from the Miami Dolphins in exchange for two draft picks.

Landry, 25, was handed the franchise tag by Miami earlier in the offseason with the expectation that he would be traded. He was never going to return to the Dolphins under the $15.9 million figure he was slated to earn under the franchise tag.

The Browns are now expected to work on a long-term deal with a player in Landry who boasts an NFL record with 400 receptions in his first four NFL seasons. What said deal might look like is not yet known.

What we do know is that Cleveland now boasts a formidable one-two-punch at wide receiver with Landry and Josh Gordon. That could help the team add a quarterback of its choosing in free agency.

As noted, the Dolphins will acquire a draft pick in 2018 and 2019 in exchange for Landry. The exact compensation is not yet known.