Report: Dodgers have talked to the Nationals about Bryce Harper 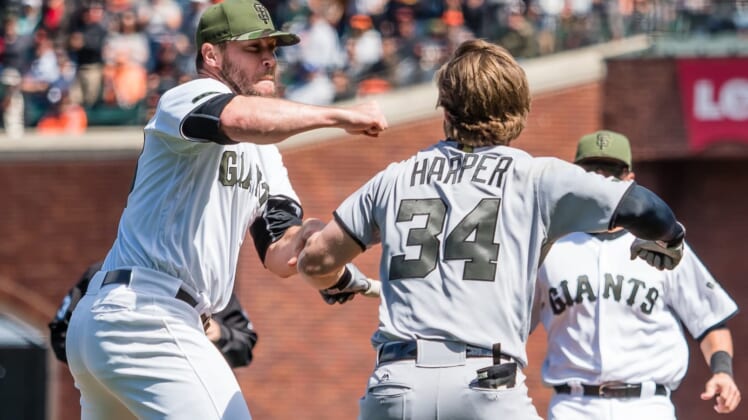 If we thought that the Los Angeles Dodgers were resting on their laurels after acquiring All-Star infielder Manny Machado, we were sadly mistaken.

According to this report from Michael Duarte of NBC Los Angeles, the Dodgers have talked to the Washington Nationals about landing star outfielder Bryce Harper. In fact, the report notes that Los Angeles is Harper’s likeliest landing spot.

Multiple sources have told me that the #Dodgers have checked in on availability of Bryce Harper. #Nats are still undecided on if they want to sell, but if they do, LA is a likely destination.

An impending free agent, the 25-year-old Harper is hitting .216 with 25 homers and 60 RBI on the season. While his average is down considerably from previous seasons, the six-time All-Star leads the NL with 81 walks and boasts a solid .364 on-base percentage.

It’s not yet known whether the Nationals are going to sell ahead of Tuesday’s trade deadline. The team heads into this weekend’s action with a 51-51 record and seven games behind the Philadelphia Phillies in the National League East. If the team were to sell, Harper would obviously net the largest return.

For their part, the Dodgers sit in first place in the NL West with a 57-46 record. Though, only two games separate them from the third-place Colorado Rockies.

Financially speaking, Los Angeles would have to sell off veteran contracts in order to fit Harper in under the luxury tax bill. It would also create quite an intriguing winter with both Harper and Machado hitting free agency.