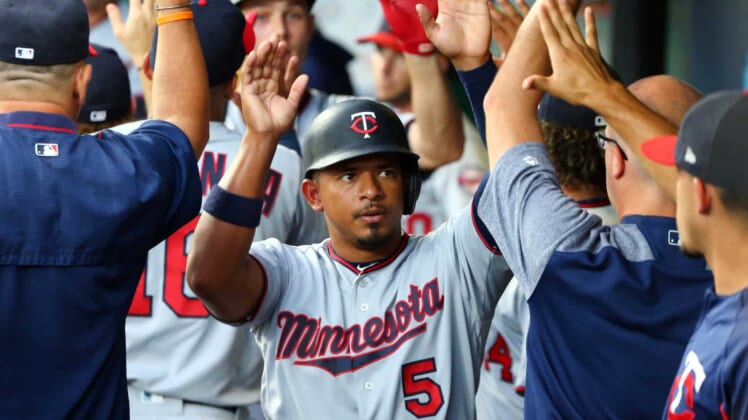 After the Los Angeles Dodgers acquired Manny Machado, the Arizona Diamondbacks quickly moved on to other infielders on the trade market. Now they have found the bat they were looking for.

According to Ken Rosenthal of The Athletic, Arizona is closing in on a deal with the Minnesota Twins to land infielder Eduardo Escobar.

While Escobar isn’t on Machado’s level, his versatility and bat should have an immediate impact for the Diamondbacks.

He has primarily appeared at second base and third base this season for the Twins. However, Escobar also played shortstop and left field in recent seasons. While it’s not known what position he’d play regularly in Arizona, his OPS would make him an upgrade at third base, shortstop or second base.

An impending free agent at the end of the season, Minnesota was looking to deal the veteran before he walked in free agency. The return heading to Minnesota is not known at this time.