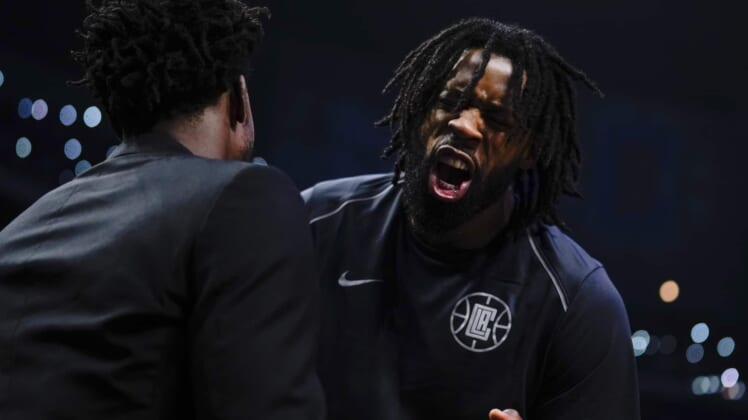 As the deadline nears for DeAndre Jordan to either opt-in on the final year of his contract or become an unrestricted free agent, the 29-year-old center still remains uncertain about what he is going to do.

According to Adrian Wojnarowski of ESPN, Jordan is still deliberating whether to take the $24.1 million remaining on his contract for next season.

The report comes after days of speculation that Jordan would opt-in on the contract and help the Los Angeles Clippers work out a trade to send him to the Dallas Mavericks. Now as the 11:59 p.m. deadline approaches, it appears trade talks have stalled.

Sources: DeAndre Jordan still deliberating his Clippers $24.1M option with deadline approaching at 11:59 PM. Talks on a sign-and-trade could pick up again, but dormant today. Jordan could opt-out and sign free agent deal w/ Mavericks, or opt-in and work with Clippers on a trade.

Jordan, who would become one of the best big man in free agency, could choose to become an unrestricted free agent and then sign with the Mavericks. However, he would likely be unable to match the $24.1 million he’s set to make in his current deal.

It’s possible Jordan would like to have the same scenario that played out for Chris Paul last year work in this situation. It would allow Los Angeles to receive something in return for Jordan and he would land with the team he wants to play for at the highest salary possible.

This is a situation that should play itself out in the next 48 hours.