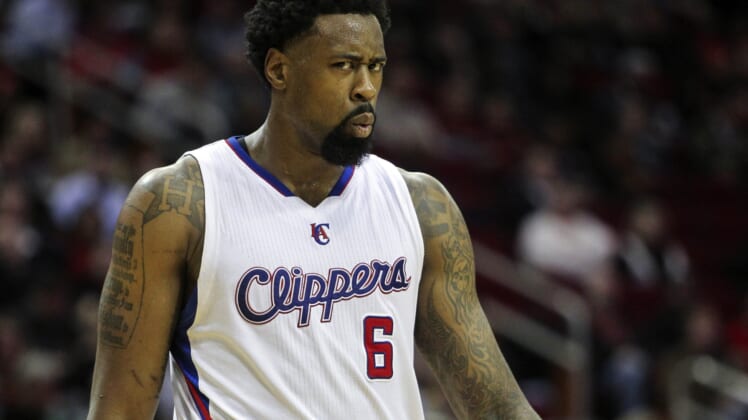 This sure would be a twist of fate. A few years after pulling a Lucy on the Dallas Mavericks in free agency, DeAndre Jordan could potentially, finally join the club ahead of the 2018-19 season.

According to Marc Stein of the New York Times, Jordan is opting into the final year of his current contract — he will earn $24.1 million — ahead of Friday’s midnight deadline. And he’s doing this to facilitate a trade, with the possibility it could send him to Dallas.

Stein notes that this Jordan-to-Dallas trade is a “long shot,” but notes “the fact it’s on the board is the strongest indication yet that the sites are willing to engage again after Jordan’s about-face in 2015 free agency when he committed to the Mavs and then went back to the Clips.”

This falls in line with a recent report that indicates the Mavericks are willing to forgive Jordan for his previous transgression.

Dallas recently was one of the big winners of the 2018 NBA Draft when it landed Luka Doncic in a trade with the Atlanta Hawks. Doncic, along with Dennis Smith Jr., gives the Mavericks a very strong young core to build around.

Adding a veteran center like Jordan who can help solidify the defense would be a very big move for the organization.

Last year in Los Angeles, Jordan averaged 12 points, 15.2 rebounds and 0.9 blocks per game for the Clippers, appearing in 77 games.