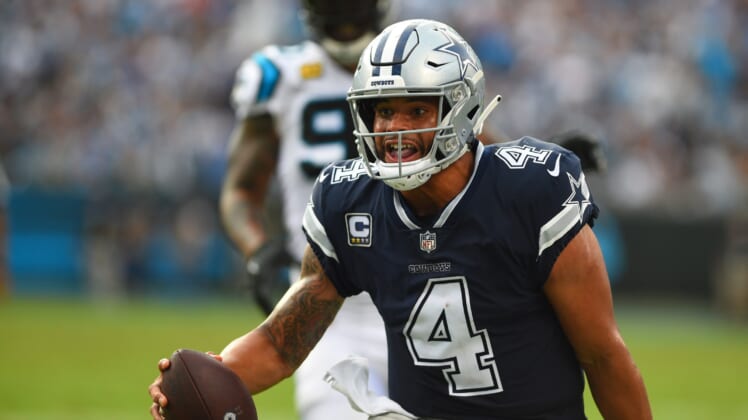 The Dallas Cowboys and franchise quarterback Dak Prescott are back at the negotiating table after months of little movement on a long-term contract.

Discussing the situation Thursday, ESPN’s Ed Werder shared that a resolution isn’t necessarily close, but noted the discussions are not contentious and that “Prescott will emerge as [the] highest-paid NFL player.”

The latest reports regarding Prescott and the ‘Boys indicate he’s been offered more than $105 million guaranteed. So while the two sides haven’t been able to come together on an agreement, it sure sounds like they aren’t too far off from making it happen.

In the meantime, Prescott has been secured by the Cowboys via the exclusive franchise tag. Though, it’s clear both sides would rather work out a long-term contract than start the season with him still on the tag.