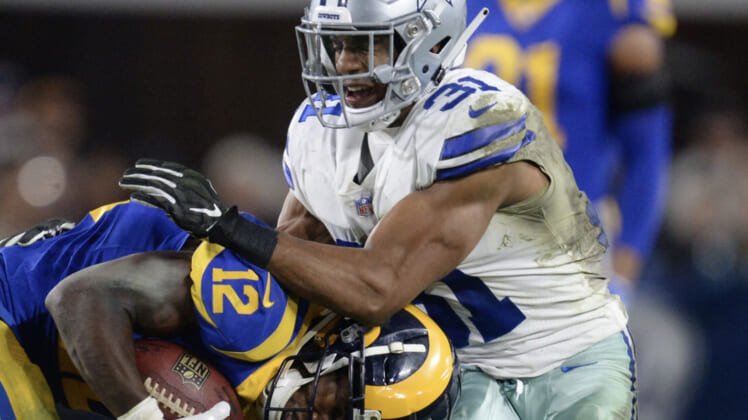 The Dallas Cowboys are about to find themselves in the market for at least one starter-caliber cornerback.

Pro Bowler Byron Jones is expected to leave once free agency starts on March 18 with the Philadelphia Eagles being directly linked to the former first-round pick.

Now comes this report from ESPN’s Adam Schefter suggesting that Jones, 27, will earn $18 million annually on the open market.

It goes without saying that this would be a record-breaking deal. Xavien Howard of the Miami Dolphins currently holds the record at $15.05 million. Talk about shattering the market.

All four teams have obvious needs at cornerback. Though, some are in better positions than others to land a player of Jones’ ilk.

This will certainly be one of the stories to watch once free agency opens in about two weeks.