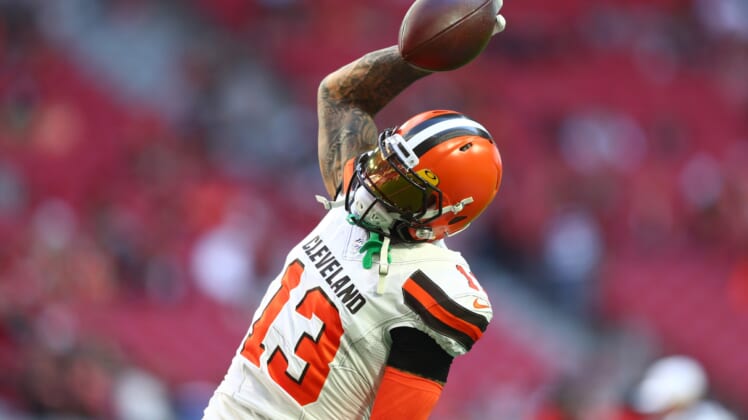 Sometimes rumors take on a meaning of their own. That whole where there’s smoke there’s fire thing.

This is no more true than with Odell Beckham Jr. and the Cleveland Browns. Rumors continue to persist that Cleveland might look to trade the Pro Bowl receiver this offseason.

While nothing concrete has come of this, a report from ESPN’s Jeremy Fowler and Dan Graziano suggests that the Browns would consider moving OBJ if they were “blown away” by an offer.

Statistically, Beckham Jr. was pretty good in his first season with the Browns. The three-time Pro Bowler recorded 74 receptions for 1,035 yards and just four touchdowns.

Those numbers are not indicative of what OBJ can bring to the table. He struggled finding a connection with inconsistent young quarterback Baker Mayfield in Cleveland.

At this point, a divorce could make some sense for both sides. Though, Cleveland will be demanding a hefty return if it does indeed place Beckham Jr. on the block after just one season with the team.