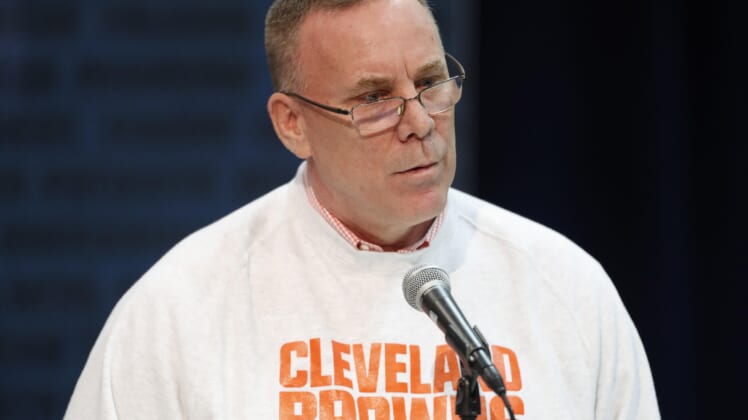 Dorsey met with Browns owner Jimmy Haslam today with his job in jeopardy, per NFL Network’s Ian Rapoport. Haslam, per NFL.com’s Tom Pelissero, reportedly requested significant changes to be made in the front office and wanted to curb Dorsey’s decision-making power. Both sides couldn’t reach agreement and are parting ways, according to ESPN’s Adam Schefter.

The Browns came into the 2019 season with plenty of hype after trading for Odell Beckham Jr. A season with playoff expectations, at minimum, instead saw the Browns finish with only six wins following a humiliating loss in Week 17 to the Cincinnati Bengals.

Cleveland hired Dorsey in general manager in 2017 just months after he was fired from the same position with the Kansas City Chiefs. Upon being hired by the Browns, Dorsey slammed the team’s former executive Sashi Brown for not “getting real players” and then traded 11 of Sashi’s players before the 2019 season.

According to Rapoport, Browns’ chief strategy officer Paul DePodesta is expected to take on a much larger role moving forward. A former baseball executive with the Oakland Athletics, New York Mets and Los Angeles Dodgers, DePodesta was portrayed in the movie “Moneyball” for his work in Oakland.