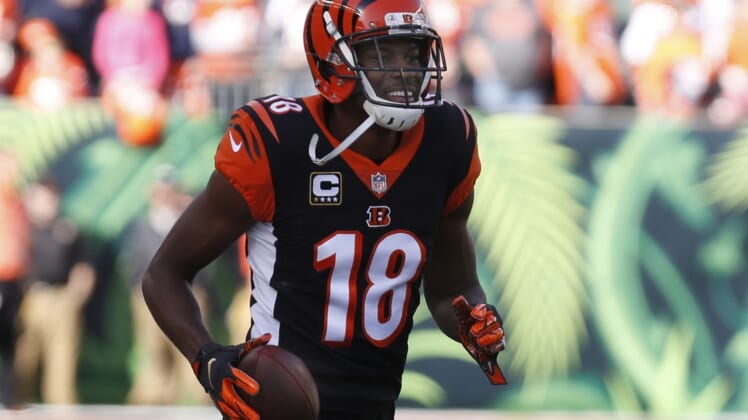 Cincinnati Bengals receiver A.J. Green wanted to find a new home this offseason on the open market. Green will now not only be kept from becoming a free agent, but the Bengals are prepared to take things a step further to keep their disgruntled receiver.

The Bengals reportedly have no intention of trading the superstar receiver once they place the franchise tag on him, per The Athletic’s Paul Dehner Jr. Instead, the organization will either make Green sign a long-term extension or force him to play on the franchise tag.

Green reportedly threatened to sit out the team’s organized practices this summer if he was hit with the tag. Now with the movement a certainty, the 32-year-old will have to choose between signing one last contract with the Bengals or playing on a one-year gamble next season.

A seven-time Pro Bowl selection, Green has spent his entire NFL career with the Bengals since they selected him with the No. 4 overall pick in 2011.

Rather than be allowed to hit the open market and sign with a contender next season, Green will have to spend another season with an organization in a rebuild. While he could try and force the Bengals to move him by sitting out, that scenario now seems very unlikely.