Report: Drew Lock likely to start for Broncos against Chargers 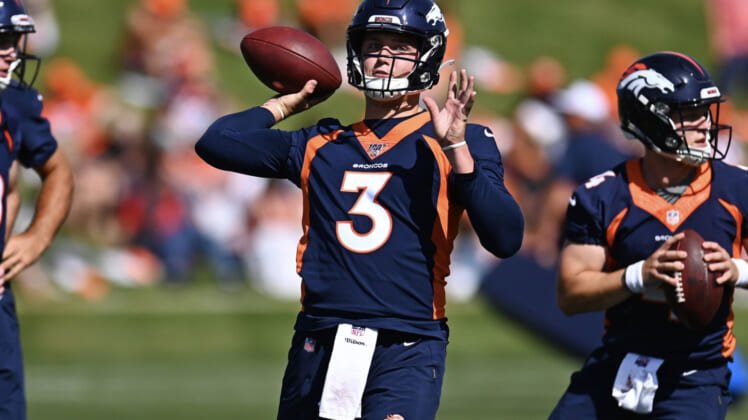 Denver Broncos rookie quarterback Drew Lock is reportedly on track to come off injured reserve and start Sunday against the Los Angeles Chargers.

Ian Rapoport of NFL Media noted Friday that Lock took all the team’s first-team reps in practice this week and that “all signs are pointing to rookie Drew Lock coming off Injured Reserve to start for the Broncos on Sunday.”

Lock suffered an injury to his throwing hand before the season started, landing on IR in his first season as a pro. The second-round pick out of Missouri came into the league with plenty of upside as a strong-armed gunslinger, but he is certainly raw.

During the preseason, lock completed 31-of-51 passes for 254 yards with a touchdown and an interception in three appearances. Denver is currently 3-8 and well outside the playoff race, and at this point the franchise will be happy if Lock can just stay healthy and show the positive side of why he was selected in Round 2 this past April.