Redskins looking to trade up for Daniel Jones, per report 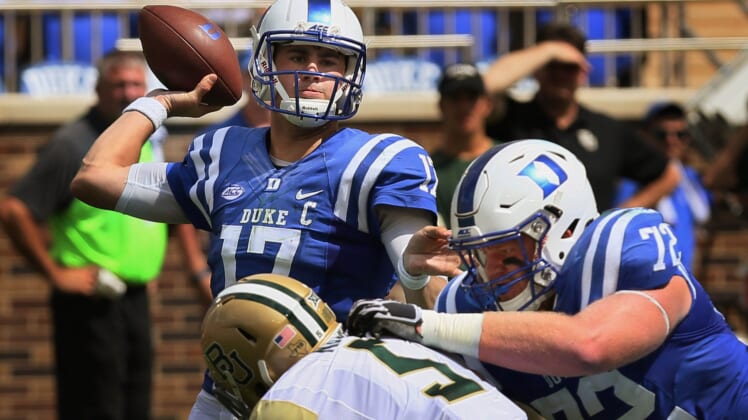 Reports are flying around like crazy that the Washington Redskins are looking to move up in the first round of the 2019 NFL Draft Thursday evening.

There were previous suggestions out there that Washington had preliminary discussions about trading up to the No. 3 overall spot with the New York Jets.

Now according to former NFL front office personnel man, Greg Gabriel, the move up could be for none other than Duke quarterback Daniel Jones.

That sound you hear is Redskins fans in D.C. weeping at this possibility. According to most pundits, Jones would be an absolute reach with the Skins’ original first-round pick (15th overall).

If the team were to move up into the top five for the project quarterback, it would more than likely cost Washington its first-round pick next year and more change.

Mere weeks later, Colt McCoy went down with a season-ending injury. He just recently had another procedure on that injured leg.

Meanwhile, Washington traded for veteran journeyman Case Keenum after he struggled in a starting role with Denver last season.

Other teams looking to move down might very well be able to take advantage of this desperation.