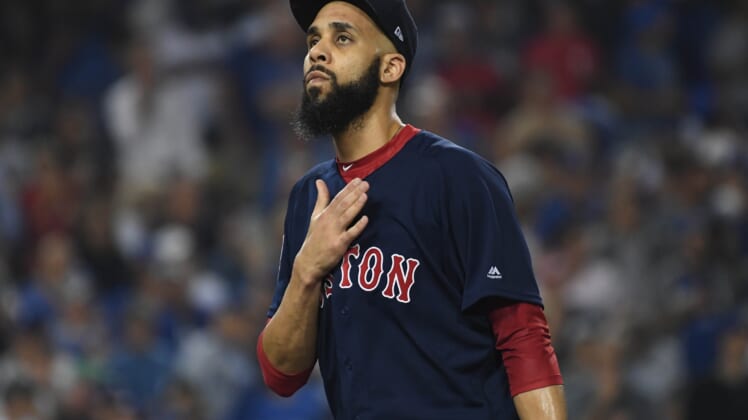 As the Boston Red Sox continue to explore ways to shed payroll and shopping high-priced players, the team is reportedly receiving significant in starting pitcher David Price from rival clubs.

According to ESPN’s Jeff Passan, multiple teams are targeting Price with the possibility that Boston could also attach another substantial player or cover some of Price’s salary.

Price, who is owed $96 million in the next three seasons, is coming off a difficult 2019 season. He pitched in only 109 innings, his third consecutive season with fewer than 180 innings, and recorded a 4.28 ERA and 1.31 WHIP.

While the 34-year-old southpaw has struggled with injuries and poor play as of late, many teams could believe that getting him out of Boston and into new surroundings would turn his career around.

Price is just a year removed from posting a 3.58 ERA with a 177/50 K/BB ratio and a 16-7 record in 176 innings. He also came up clutch in the postseason, playing a pivotal role in the team’s championship.

If Boston is willing to cover a significant portion of Price’s contract, or attach a solid prospect, they could find a substantial market for Price and shed his contract before the season.