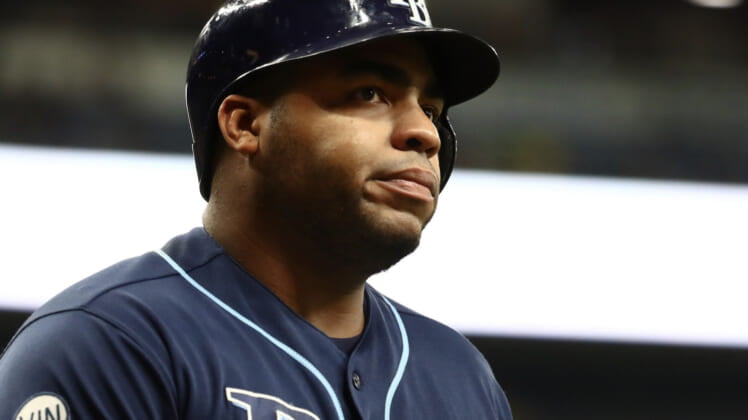 Facing a Monday non-tender deadline for former All-Star power hitter Jesus Aguilar, the Tampa Bay Rays decided on Wednesday to move on from him completely.

Tampa made a couple moves that included the team designating Aguilar for assignment and acquiring Brian O’Grady from the Cincinnati Reds.

An All-Star back in 2018, the 29-year-old Aguilar fell off the map this past season. He hit just .236 with 12 homers, 50 RBI and a .714 OPS in stints with the Milwaukee Brewers and above-mentioned Rays. Aguilar was a midseason acquisition of Tampa.

There’s going to be some interest in his services. The first baseman hit 35 homers and drove in 108 runs en route to earning an All-Star appearance with the Brewers in 2018.

In his stead, O’Grady will take up a spot on the Rays’ 40-man roster. The 27-year-old former eighth-round pick hit just .190 in 29 games with the Reds last season.