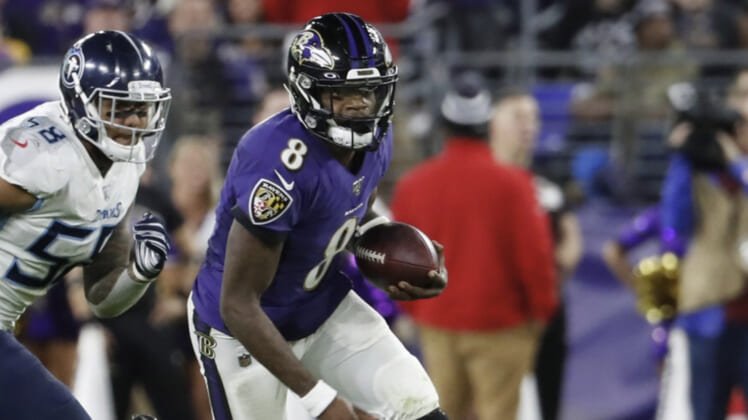 Jackson committed three turnovers, including this interception in the first half that changed the dynamic of the game in a big way.

With his team playing from behind a vast majority of the game, the onus was on Jackson to gain yards in chunks.

Despite a questionable overall performance, that’s exactly what the likely NFL MVP did. Jackson recorded 365 passing yards on a whopping 59 attempts. He also racked up 143 rushing yards.

In the process, Jackson became the first player in NFL history to ever compile 350-plus passing yards and 100-plus rushing yards in the same game.

Fans were quick to criticize Jackson for his performance. But Baltimore’s brutal 28-12 loss to Tennessee was more about the team’s inability to stop Derrick Henry on the ground.

As the face of the Ravens, Jackson deserves blame. But the odds were stacked against him from the get in just the quarterback’s second career playoff start.