Ravens’ John Harbaugh on NFL protests: ‘They want America to be great’ 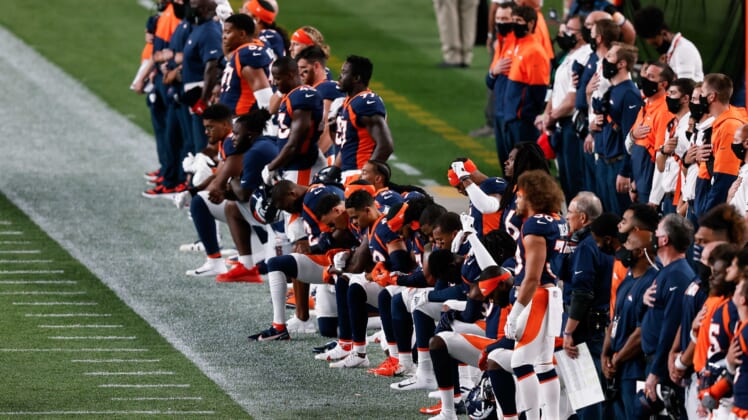 One of the biggest stories around the NFL world in Week 1 was the widespread national anthem protests that took part around the league.

Said protests have always been a hot-button topic in this country. That’s now magnified with the 2020 Presidential Election between Donald Trump and Joe Biden approaching at warp speed. The NFL’s decrese in television ratings this past week adds a completely new layer to this.

Related: What to make of NFL’s ratings decrease

“I don’t know how you can criticize someone for being passionate and for believing in something important to them,” Harbaugh said, via NBC Sports. “They want America to be great, and to realize the ideals we were founded on.”

Criticism has been levied in the direction of professional athletes demanding an end to police brutality in the United States.

These protests started with Colin Kaepernick back in 2016 and have increased in volume since the murder of an African-American man by the name of George Floyd by a then-Minneapolis police officer back in May.

This is the major backdrop as the NFL kicked off its season this past week. With a majority of teams unable to host fans due to the COVID-19 pandemic, said teams and the league are relying on television revenue.

Just this past Monday night, ratings for ESPN’s doubleheader dropped by an astronomical amount from last season.

Despite this, the NFL continues to show its support for the Black Lives Matter movement and related protests. Commissioner Roger Goodell made that clear during the offseason.

As players continue their protests, the rift will grow between rival sides on opposite ends of the political spectrum. In the process, teams will continue to show their support for the player. Harbaugh is the latest example.