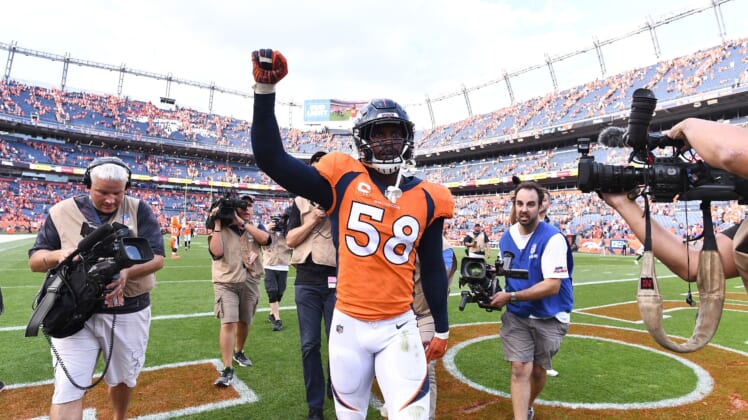 Denver Broncos linebacker Von Miller is one of the best players in the game. In fact, he’s so good that an opposing coach is going to another sport to find a comparison.

Ravens DC Don Martindale on @VonMiller: "It’s like playing LeBron… Every now and then, LeBron is going to clear the lane and go dunk. Those types of players do that. I think that’s the same thing with Von on the defensive side of it. You always have to account for him …"

The comparison certainly makes some sense. There’s no doubt that containing Miller is a key for every Denver opponent. But sometimes, much like LeBron, he’s just going to beat you.

Given the attention that he does draw, he makes an impact on nearly every play. But even with that attention, Miller has already recorded four sacks and forced two fumbles through the season’s first two games.

We just hope for Miller’s sake that none of his teammates run out the clock at the end of a tie game.