Ranking the options to replace Tom Brady with the Patriots 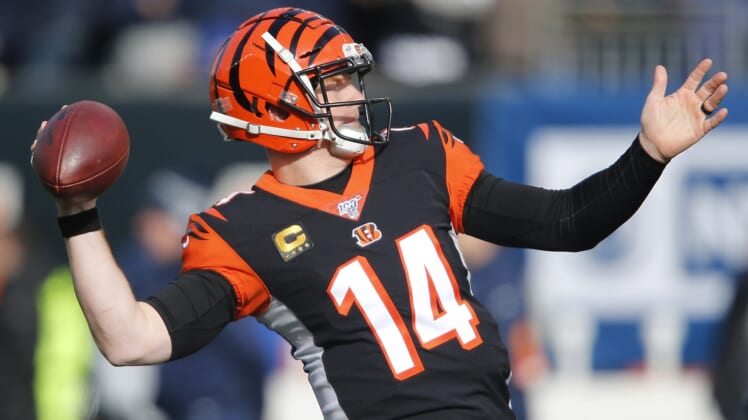 It’s the new normal for head coach Bill Belichick and Co. This announcement is also going to have a major trickle-down effect. How will the Patriots move forward at quarterback? Are we looking at a rebuild or is the team going to retool on the fly?

Bottom line: At 67 years old, it seems highly unlikely that Belichick is going to want to start anew with a rebuild. This lends credence to the idea that New England will hit the veteran market for a Brady replacement. If that does indeed happen, there’s some solid options for the Patriots.

Derek Carr: The current Las Vegas Raiders quarterback makes sense in that he’d be a longer-term option and likely come cheaper than Rivers.

Jameis Winston: I can just imagine Belichick having to deal with Winston and his turnover-prone ways. Despite this, there seems to be a fit in New England.

Andy Dalton: This would obviously be a dramatic downgrade from Brady for the Patriots. Though, Dalton is one of only a handful of viable remaining options following Tuesday’s flurry of moves.

Nick Mullens: A young player that is flying under the radar heading into free agency, Mullens would make a ton of sense for New England in many different ways.

Jarrett Stidham: A fourth-round pick of the Patriots last year, this former Auburn quarterback has impressed the team’s brass.

I firmly believe New England is going to be targeting a veteran quarterback to replace Brady. It seems foolish to believe that Belichick will be looking to start anew with a rebuild.

If that is indeed the case, the options listed above make the most sense. New England still has a chance to compete with one of the NFL’s top defenses. Why throw that away simply because an aging quarterback decided to move on?

Look for this to come to fruition here soon.