As LeBron James and his Cleveland Cavaliers desperately look to make the NBA Finals competitive against the Golden State Warriors, the star will soon hit free agency.

We’ve heard the rumors of teams he’d be interested in joining. We’ve seen some teams pretty much publicly state their interest in King James’ services. And while all 30 teams would love to have the planet’s best player on their roster, only a couple handful have a real opportunity to land him.

Here, we take a look at the 10 teams most likely to land James, ranking them in the process. 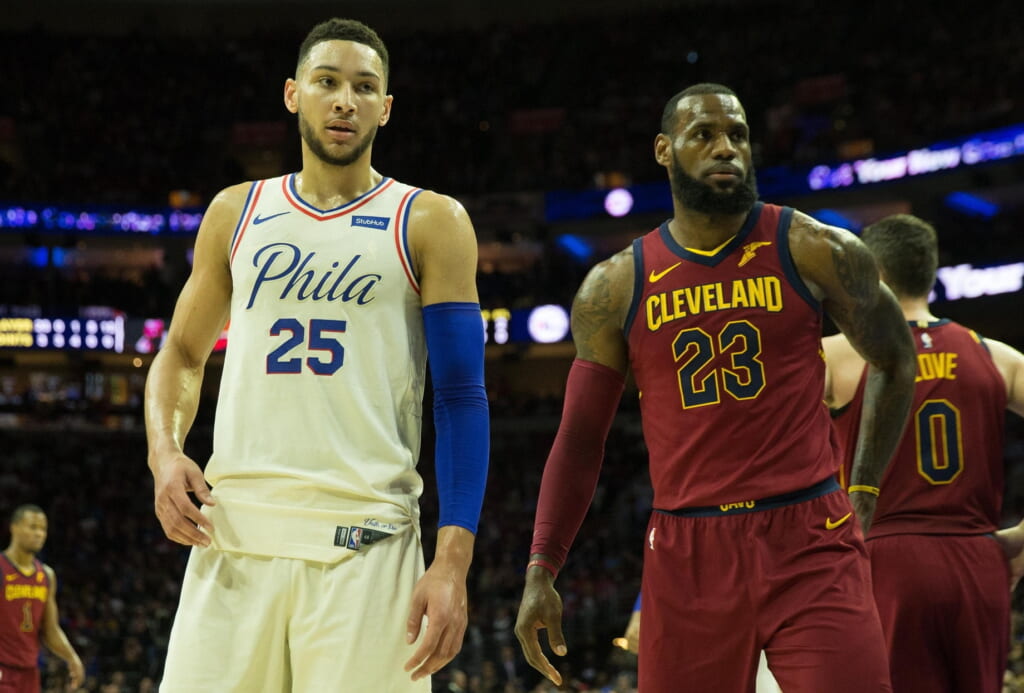 The Bryan Colangelo drama and eventual departure could have actually increased Philadelphia’s ability to land King James. Of course, that’s dependent on the Sixers making this one move. On the court, a James-Sixers pairing makes just too much sense. James has indicated privately that he wants to play more off the ball. With Ben Simmons in Philly, that wouldn’t be an issue at all. The Sixers’ brass has shown a willingness to shower James with praise publicly and all but stated its interested in him. With the cap room to make this work, Philadelphia is certainly the likeliest landing spot for James.

Vice president Magic Johnson has done everything in his power for his Lakers to be big-time players in free agency this summer. That included trading the long-term contracts of Timofey Mozgov and Jordan Clarkson. Now with the cap room to land two max-contract players, rumors are swirling that Los Angeles could team James up with Southern California native Paul George. With a stellar young roster including the likes of Brandon Ingram, Kyle Kuzma and Lonzo Ball, that would make Los Angeles one of the top contenders to unseat Golden State out west.

It’s readily apparent that James already has one foot out the door. Having absolutely zero relationship with the Cavaliers’ front office and leaking information about potential landing spots has magnified this further. But it’s important to note that James has given his heart and soul to the Cleveland area. We’re not just talking on the basketball court. A deity of sorts in the city, James has done everything possible within Cleveland. He’s set up shop there with a budding family and simply might not want to throw it away for an opportunity to win a title elsewhere. It’s human nature. And don’t think that won’t play a role in James’ decision. 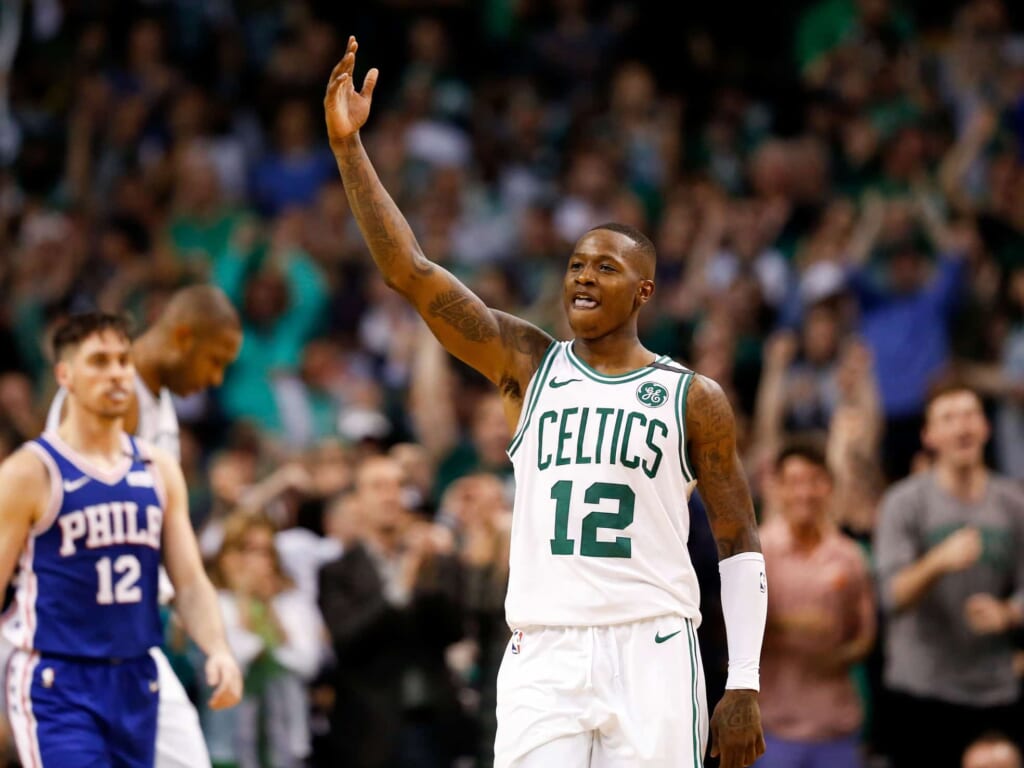 In order for this to work, the Celtics would have to move James’ former teammate, Kyrie Irving, in a trade. That’s both from an on-court and financial perspective. Boston currently finds itself $16 million over the cap with the likes of Irving, Al Horford and Gordon Hayward playing under max deals. Meanwhile, both Marcus Smart and Terry Rozier are set for raises. Moving Irving while finding a potential trade partner for Horford would make a James signing doable. In that scenario, it would be all about the team deciding between Rozier and Smart as its starting point guard. Heck, a sign-and-trade with Cleveland could be in the cards. Maybe, Irving returning as the face of the Cavaliers. Food for thought.

This has become a little bit less likely now that Chris Paul has indicated that he has no interest in taking a hometown discount to remain with the Rockets. Due to the contracts of Ryan Anderson, Eric Gordon and P.J. Tucker (a combined $41.8 million in 2018-19), Houston finds itself about $47 million over the cap. That includes cap holds of a combined  $50.2 million for Chris Paul, Trevor Ariza and Clint Capela. Though, Rockets GM Daryl Morey is among the best in the business in crunching the numbers. He could easily renounce Ariza and Capela, saving nearly $20 million against the cap. After that, it would be all about selling off the contracts of Anderson, Gordon and Tucker. Should this happen, James to the Rockets would be doable. 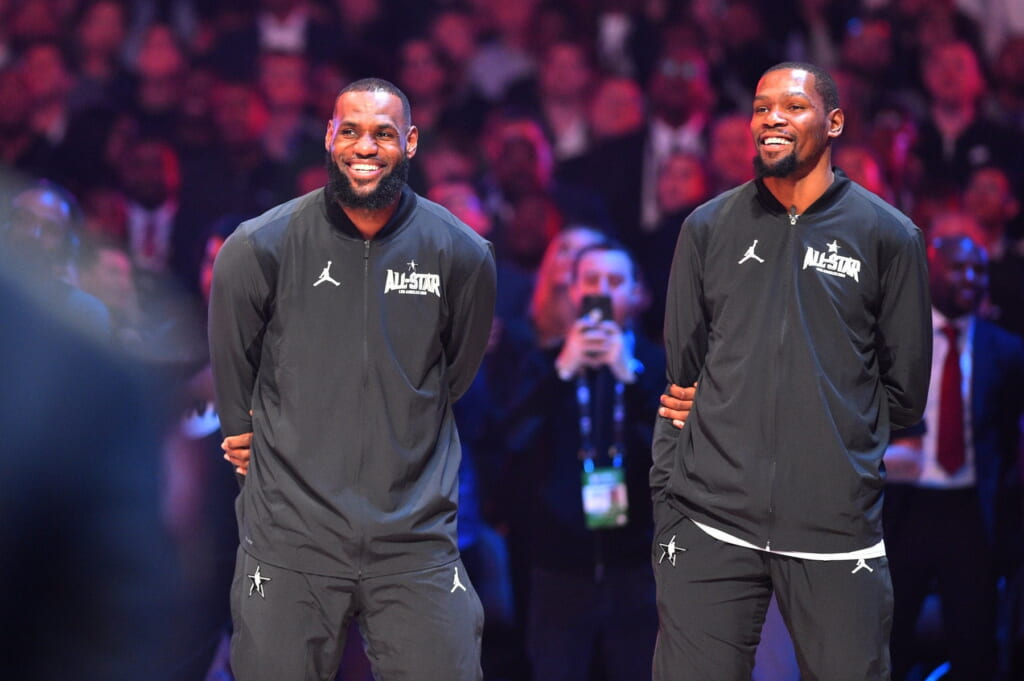 On the surface it makes no sense. James heading to the team that is on the verge of defeating him in the Finals three of the past four years. Wouldn’t that ruin the game’s best basketball player’s legacy? From a Warriors perspective, adding James would likely mean the end of the line for Draymond Green and/or Klay Thompson in Oakland. Heck, Draymond has already admitted this. Even then, there’s likely going to be a meeting between the two sides in July. At that point, anything can happen. However absurd it might seem, teaming James up with fellow former MVPs Stephen Curry and Kevin Durant would rock the basketball world like nothing we’ve seen before.

This is all predicated on James’ respect for Gregg Popovich translating into the three-time champion deciding to take his talents to a Spurs organization that’s surprisingly been filled with drama over the past calendar year. It’s also uncertain how San Antonio would make this work under the cap. The team has a total of six players set to count a combined $90-plus million against the projected $101 million cap next season. Certainly, the Spurs would have to move multiple contracts to make a James deal work. Most notably, that includes the likes of Pau Gasol and Patty Mills. But who would be willing to take on those bloated contracts without the other side kicking in at least one lottery pick?

Could James potentially take his talents to Canada? It seems a tad ridiculous on the surface, especially given that nation’s tax structure and a market clear across the continent from a Los Angeles area James plans on making his home following his playing career. Then again, it could work from an on-court standpoint and Toronto has been bandied about as a potential location recently. Up against the luxury tax, any James move to the Raptors would have to include a sign-and-trade with Cleveland. That’s where a guy like DeMar DeRozan could very well be attractive to the Cavaliers if they’re not looking to go into full scale rebuild mode. Everyone on the Raptors’ current roster is said to be available in a trade. That includes the All-Star two-guard.

If James is hellbent on joining a team that can take out Golden State in the Western Conference, Denver is certainly an under-the-radar option. Fresh off a surprising 46-win season, this young Nuggets squad just narrowly missed out on the playoffs. It has building blocks with the likes of Jamal Murray, Gary Harris, Paul Millsap and Nikola Jokic. Denver also has the assets in terms of contracts to make a sign-and-trade work with Cleveland. That includes Kenneth Faried ($17.6 million) and Wilson Chandler ($12.8 million). With the 14th pick in this year’s draft and two second rounders, there’s also assets in that area to make a deal with Cleveland work. 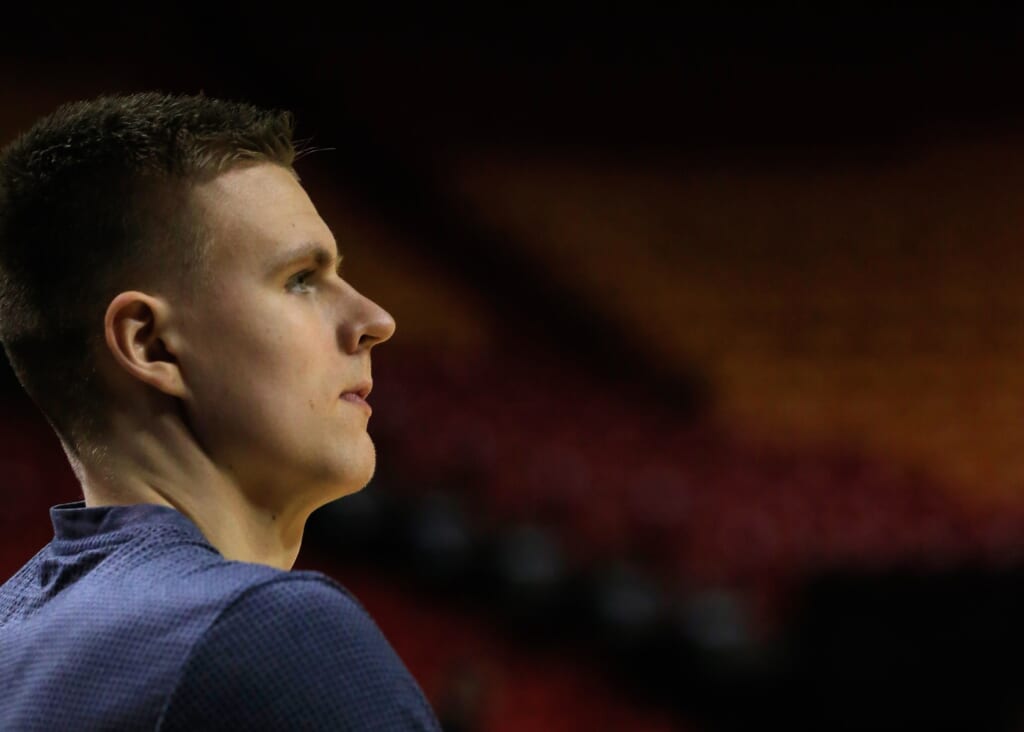 Part of New York’s reasoning for hiring David Fizdale included a potential LeBron James free agency chase this summer. After all, the former Miami Heat assistant is close with LeBron. At the very least, it could lead to a meeting between the two sides come July. For James, this would be an opportunity to play in North America’s largest market with one of the game’s most-talented youngsters in that of Kristaps Porzingis. New York is a projected $500,000 under the cap, so it would have to do some work in order to fit James into the mix. That could be made easier if Enes Kanter declines his $18.6 million option for next season. If not, New York might have to offer up the ninth pick to Cleveland as part of a sign and trade.