Raiders preparing to move on from Derek Carr? 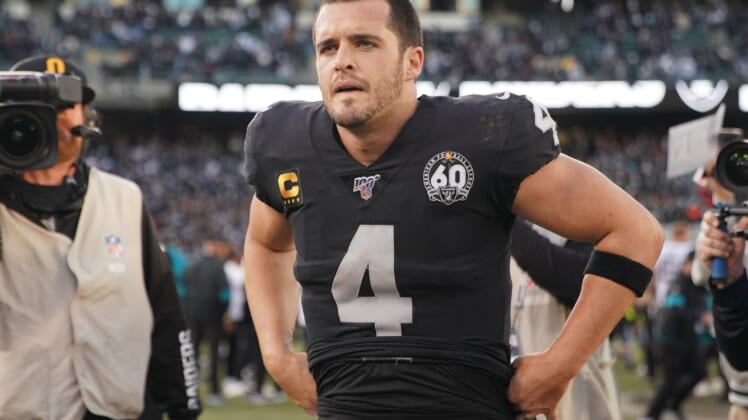 As the Las Vegas Raiders make their final preparations for their move, the team is reportedly ready to leave quarterback Derek Carr behind in Oakland.

According to The Athletic’s Michael Lombardi, the Raiders have been working behind the scenes to find Carr’s replacement this offseason. Jon Gruden reportedly loves the legendary free-agent quarterback class and is too tempted by the options to stick with Carr for another season.

Just a few years after signing Carr to a $125 million extension, the Raiders believe Carr has no future in Las Vegas. The team’s public praise for their 28-year-old quarterback has been done to try and increase his trade value, per Lombardi.

The Raiders will pursue Tom Brady this offseason and are currently seen as the favorites if the future Hall of Famer leaves the New England Patriots. Lombardi notes that Gruden could also be interested in Ryan Tannehill, but the Tennessee Titans are expected to keep him.

There’s an excellent opportunity for the Raiders to make a splash this offseason. Whether it’s signing Brady or finding another quarterback upgrade, the Raiders want to make something happen to excite the fans in Las Vegas.