Raiders looking to move up with 49ers for Nick Bosa? 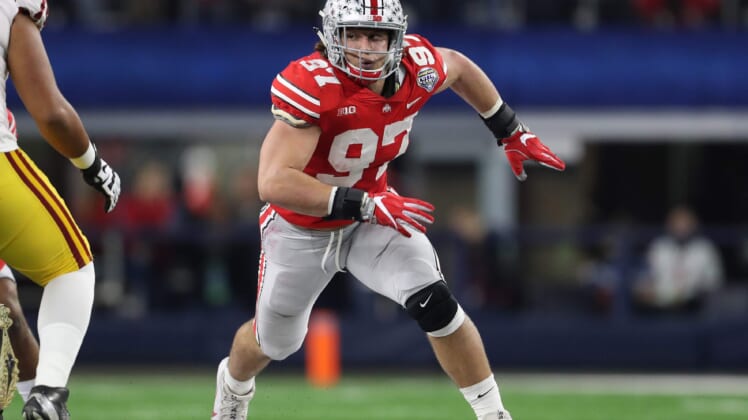 Jon Gruden and the Oakland Raiders are not letting anyone know what they plan to do with their three first-round picks Thursday evening.

A recent report suggests that Oakland is looking to move up into the top two for either Oklahoma quarterback Kyler Murray or Ohio State edge rusher Nick Bosa.

With Round 1 starting in mere hours, we’re getting specifics from those covering the Raiders’ draft. According to ESPN’s Dan Graziano, Oakland might be looking to move up to the No. 2 spot with the San Francisco 49ers for Bosa.

49ers general manager John Lynch has noted multiple times that they are willing to listen to offers for the second pick.

Though, Oakland would have to come strong and heavy in order to move up. That would include one of their other first-round picks (24th or 27th overall) and likely the Chicago Bears’ first-round pick in 2020.

These two front office have not worked well together in the recent past. According to the 49ers, that includes Oakland trading Khalil Mack to Chicago despite San Franciso offering up more for the All-Pro pass rusher.