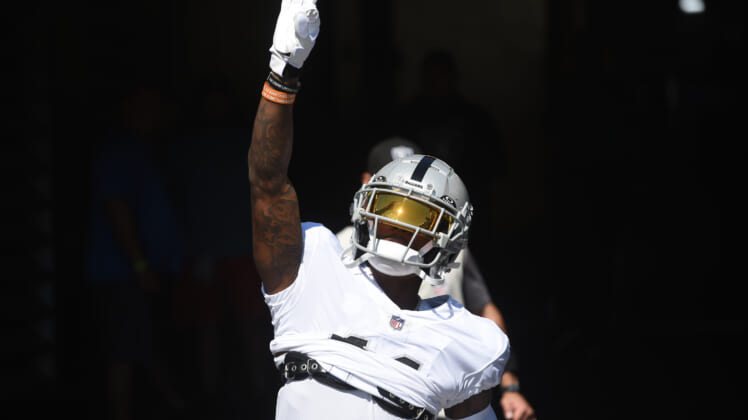 TMZ Sports first reported, via local law enforcement, that Ruggs was involved in the wreck in the central Las Vegas Valley area on Tuesday morning.

The Las Vegas Metropolitan Police Department was called to the scene of a fiery, two-car crash in Spring Valley on Tuesday morning. According to 8 News Now, the crash was reported around 3:39 a.m. local time with Metro’s fatal unit called to the scene to conduct an investigation.

The LVMPD officially announced details of the fatal crash. Ruggs, who has non-life-threatening injuries, is being charged with DUI resulting in death.

Cops told TMZ Sports that Ruggs was behind the wheel of his Corvette when he crashed into a Rav4, with the Toyota quickly erupting into flames. First responders arriving found a deceased victim in the SUV. Officers also told TMZ that Ruggs showed “signs of impairment” at the scene.

Hours later on Monday morning, law enforcement still had Rainbow Boulevard closed from Tropicana Avenue to Flamingo Road. Investigators with LVMPD’s fatal unit were on the scene still looking at the debris from the accident, including a charred vehicle.

The charred remains of one of the vehicles matched the appearance of a car Ruggs’ has posted on his Instagram. Ruggs, the No. 12 pick in the 2020 NFL Draft, lost his best friend to a car accident in 2016.

Ruggs’ attorney, David Chesnoff and Richard Schonfeld, released a statement to TMZ about the crash and a pending investigation into it.

“On behalf of our client Henry Ruggs III we are conducting our own investigation as of this writing and ask everyone to reserve judgment until all the facts are gathered.