Quin Snyder on leaving Jazz: ‘It was time’ 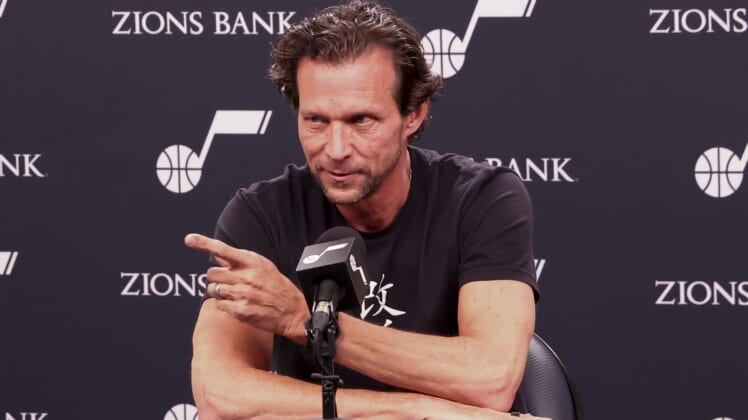 The Utah Jazz held their public farewell to departing coach Quin Snyder on Monday, with Snyder saying the time was right for him to step down while team CEO Danny Ainge said the team had hoped Snyder would stay.

Snyder added of Utah, “Two of my kids have lived here their whole lives, so this is a special place, and that’s not going to change for us. What makes it difficult is there are a lot of people in this room that I will really miss. A silver lining is that I will get to go to Halloween with my daughter.”

Ainge said, “We have spent the last few weeks talking, Quin and I, a lot about a lot of different things, and I think it’s pretty clear, we desperately wanted him to stay. And at the same time, I’ve walked away from coaching and I walked away from being a general manager after 18 years in Boston, and so I trust that Quin knows more what’s best for him and his family, much more than we do.”

Snyder, 55, produced a 372-264 (.585) record in eight seasons as the Jazz’s head coach, which includes six consecutive seasons with a winning percentage higher than .580. Only Hall of Famer Jerry Sloan, with 1,127 victories, notched more wins on the Utah bench than Snyder.

“There’s a real sense of sadness and sorrow and loss,” Snyder said of exiting. “That’s to be expected. I gave this everything I had. You try to be introspective and you try to analyze. But, this was a decision to where I just kept coming back to the same place. It was time for me to move on.”

Team owner Ryan Smith said of the process of finding Snyder’s replacement, “We’re going to take our time with the coaching search. We have to get it right.”