The 2021 NFL Pro Bowl game will not take place in its standard format, the league said on Wednesday... 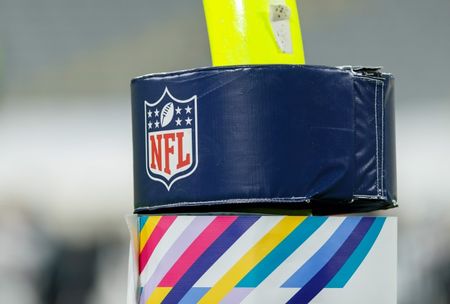 (Reuters) – The 2021 NFL Pro Bowl game will not take place in its standard format, the league said on Wednesday, amid the ongoing coronavirus pandemic that has forced numerous safety precautions and adjustments during the season.

The Pro Bowl game brings together top players to compete in January, after the playoffs conclude and in the days leading up to the Super Bowl, but this year will be replaced by “a variety of engaging activities”, the National Football League said.

The league will allow the naming of an 88-player 2021 Pro Bowl roster, which is determined through a vote by fans, players and coaches. Inclusion in the roster is considered among the top honors a player can receive for on-field performance.

“This virtual recognition of the season’s finest players will provide fans the opportunity to celebrate the accomplishments of their favorite stars,” the NFL said.

The newly built home of the Las Vegas Raiders, Allegiant Stadium, will host the Pro Bowl game in 2022.

The NFL is moving ahead with plans for the 55th Super Bowl on Feb. 7, 2021, in Tampa, Florida after the pandemic forced the cancellation of the pre-season, turned the annual draft into a virtual format and kept fans out of a number of stadiums across the country.