The home stretch of the NBA season is set to be a bit more eventful than usual this season. Nobody knows who’s making the playoffs in the West — the space between the three and 10-seeds is four games as of this writing. The top of the East is up for grabs.

Even so, the last six weeks of the season are always a drag to an extent. Half the league has given up and, though Tankapalooza 2018 is one for the ages, nobody likes watching the Suns and Grizzlies race to the bottom.

That means we’re going to spend a good portion of the next six weeks debating awards, and it’s time for a reset.

A quick clarification: these aren’t award picks. It’s too early for that. These are predictions — who the current leaders are, based as much on what consensus seems to be as who should actually win. Let’s get right into it.

Anthony Davis has made a charge in the last few weeks. Even so, Harden has this award locked down as much as anybody could at this point in the year. He leads the league in scoring, spearheads a historically good offense (either the league’s best or second-best this season depending on which version of offensive rating you look at), along with a team that has a legit chance of knocking off the Golden State Warriors for the top seed in the West.

Harden has lost two close MVP votes in the last three seasons. It’s Harden’s turn, and that will put as many voters in his camp as his performance itself. That’s not to suggest Harden isn’t deserving. He’s the MVP right now, and unless Davis does something truly incredible over the next six weeks, Harden will be the MVP in April.

Simmons was billed as a generational talent before he even got to LSU. It was a bad fit with a bad coach in Baton Rouge, then he missed all of last season in Philly. Any skepticism coming into 2017 was warranted, if not necessary. However, Simmons didn’t just deliver on the hype, he’s blown it away. He was instantly one of the league’s best five passers and, per Cleaning the Glass, rates in the 94th percentile in assist percentage. He’s averaging nearly eight rebounds per game from the point guard spot and, despite being chronically unable to shoot, dropping 16.5 points per game.

It’s not inconceivable that Simmons averages a triple-double within the next three seasons. As good as Donovan Mitchell has been, Simmons is running away with this award. 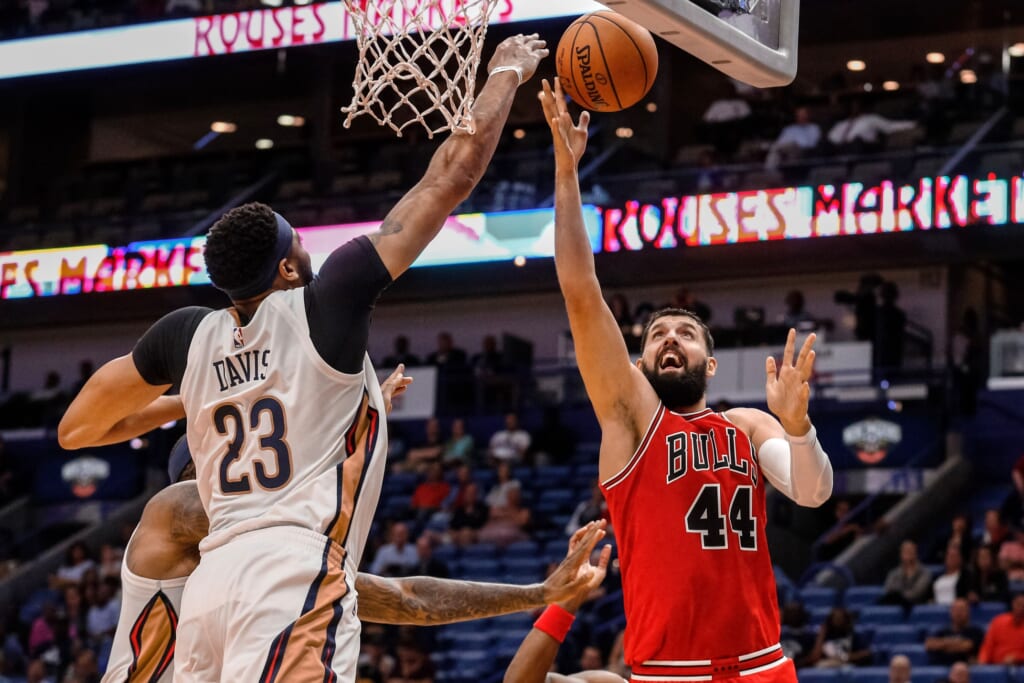 This race is as much a toss-up as anything in the NBA right now. Kawhi Leonard played just nine games, Rudy Gobert has been healthier, but he missed nearly 30 games early in the season. Andre Drummond leads the league in defensive win shares, but the Pistons are a worse defensive team with him on the court. Draymond Green has a good shot, but he won it last year and the Warriors are in wait-until-playoffs mode.

Davis is as much a defensive force as any big man in the league — the Pelicans are nearly seven points per 100 possessions better with him on the floor. Davis is blocking 2.2 shots per game and protects the rim like nobody’s business. He’s dragging the Pelicans on defense as much as offense. Assuming he loses the MVP to Harden, this would be a good consolation prize.

Drummond’s box score numbers don’t jump off the page as having dramatically improved. But he’s been a completely different player this season. In the past, he’s been a rebounder and shot blocker — the type of obsolete center who wasn’t worth the money he was being paid. He still plays a behemoth’s game, but Drummond has gotten infinitely better on the margins and its made all the difference.

His assist rate is quietly up to 15.6 percent — in the 88th percentile among centers, per Cleaning the Glass. He’s leading the league in rebounding with a career-high 15.7 per game. Detroit went from a negative-12 point margin with Drummond on the floor last season to a negative-0.4 margin this year, per Cleaning the Glass. That’s not all because of Drummond — the Pistons are a much better team — but some of it is. There are good arguments across the board for this award. There always are. But Drummond should be considered the leader right now.

Williams won this award in 2015 without really deserving it, based on the “highest-scoring player off the bench who doesn’t play defense” criteria that’s defined the honor forever. His defense still leaves something to be desired, but Williams has taken a real leap this season. He’s scoring 23.1 per game, a career high, and more importantly, doing so while ranking in the 85th percentile in points per shot attempt. Williams is creating more offense than before, with a career-high in assist percentage, and leads the Clippers in scoring. He may well get them into the playoffs, which seemed an impossibility after they traded Blake Griffin. He’s running away with this award. 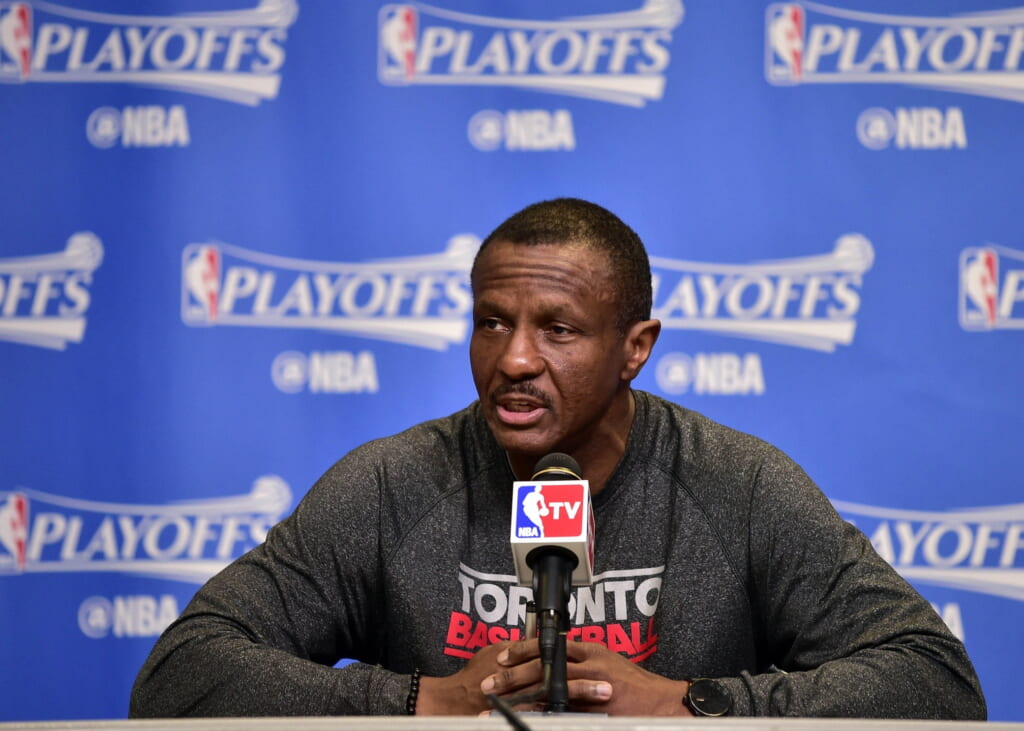 The Raptors are the top seed in the East right now. Casey — lucky to keep his job after the 2015 playoffs — has turned Toronto into what looks like a legit contender to knock off the Cavs, not just in the regular season, but in the playoffs. He’s getting more out of guys like Delon Wright, Fred VanVleet, Norman Powell and Pascal Siakam than anybody expected.

Since 2015, Toronto has risen from 24th, to 12th, to 10th, to second in defensive rating, per Cleaning the Glass — a transformation Casey deserves as much credit for as anyone. This award isn’t locked up. Brad Stevens and Erick Spoelstra have their own cases to make. The Spurs are having an off year. Still, nobody will dispute that Gregg Popovich is still the best coach in basketball as a general principle. But right now, Casey seems to be the clubhouse leader.

This one isn’t close. The Markelle Fultz and Kyrie Irving trades were the best moves of last offseason. Neither were received as an overwhelming victory for the Celtics at the time. Both have turned into highway robberies since. Ainge nabbed Jayson Tatum — who could easily turn into the best player in this year’s draft class — after moving down, while Philly got stuck with Fultz, who played four games before sitting down with a shoulder injury and won the inaugural Most Broken Jump Shot on Practice Videos Award.

Ainge also turned Isaiah Thomas (minus a hip), the Nets’ pick and a handful of supporting cast members into Kyrie Irving. It’s also worth remembering that he convinced Gordon Hayward to come to Boston, even if an opening night injury kept the Celtics from seeing immediate dividends. Good luck topping that.