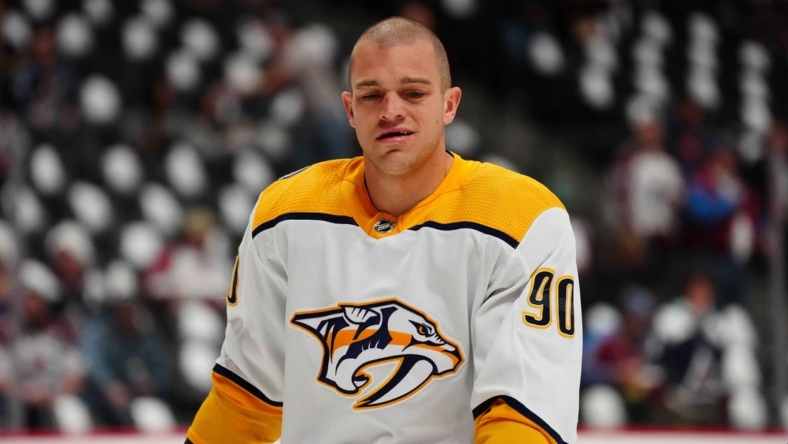 The team recalled defenseman Jordan Gross from the AHL’s Milwaukee Admirals in a corresponding move.

Borowiecki has been out since leaving Nashville’s Oct. 22 loss to the Philadelphia Flyers on a stretcher. He was in an awkward position when he was checked into the boards by Flyers forward Morgan Frost in a routine play, with no penalty called.

Borowiecki, 33, has no points and 12 penalty minutes in four games this season, his third with Nashville and 12th in the NHL. He has 56 career points (15 goals, 41 assists) and 848 penalty minutes in 458 games with the Ottawa Senators and Predators.

Gross, 27, has four assists in 10 career games with the Arizona Coyotes and Colorado Avalanche. He tallied one goal and six assists in six games with Milwaukee this season.