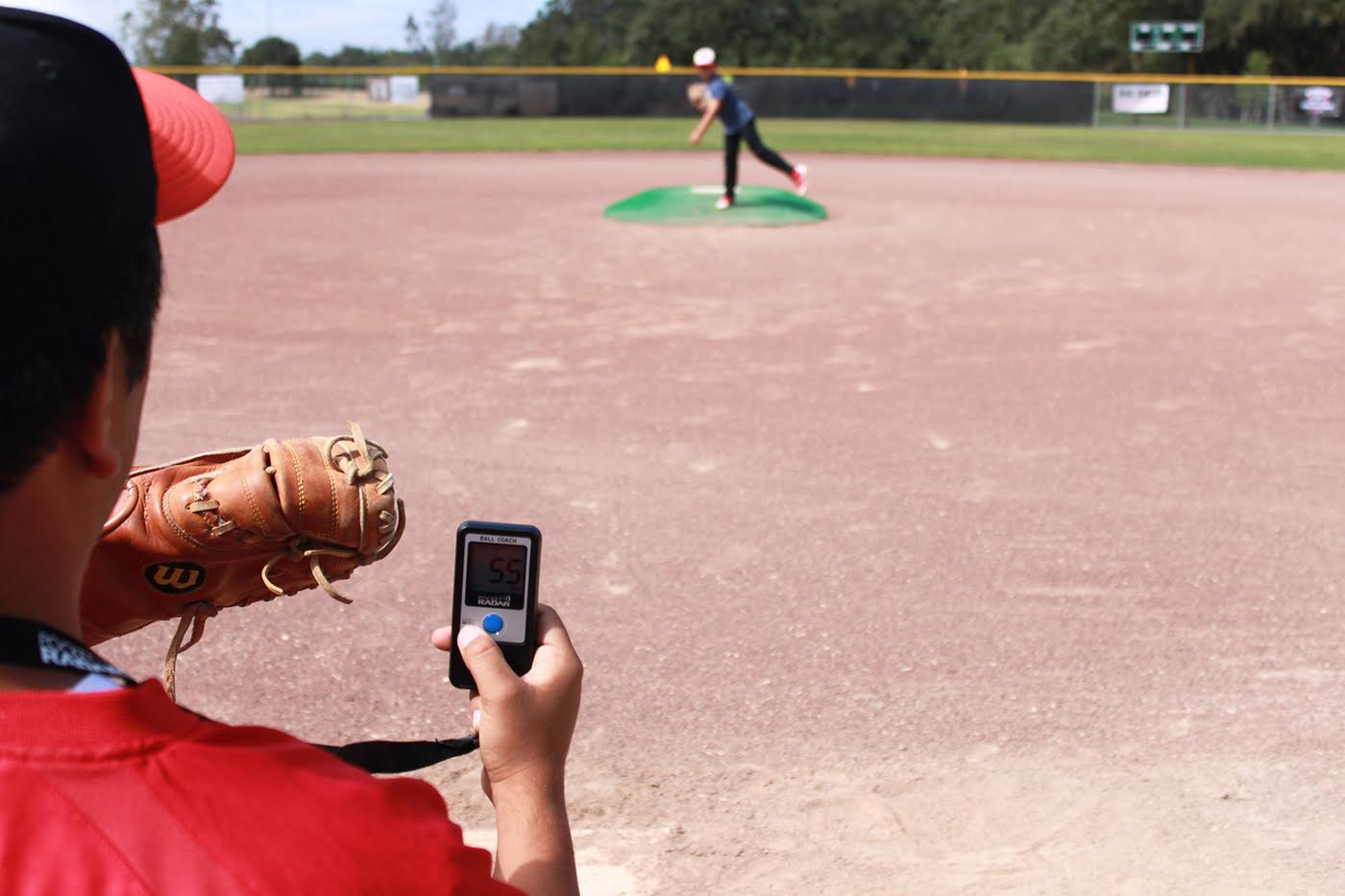 Stats in sports have become far more detailed in recent years. Additionally, peripheral stats have become tools used by far more scouts than we’ve seen in the past. For example, a pitcher’s speed has always been a relevant factor in determining his value. But things like exit velocity from a hitter’s bat have only become common discussion topics in recent years.

As such, the way these things are tracked has evolved as well.

Chris Stewart and Steven Goody developed Pocket Radar, a tool for scouts, coaches, parents and teams which they described as “affordable, discreet, very accurate.” It has a look and weight similar to a standard cell phone.

There are many purposes.

First of all, it’s significantly more affordable than an average radar gun. But even if cost isn’t an issue, the Pocket Radar is much easier to carry around. Additionally, the site of a traditional radar gun tends to impact the nerves and performance of the players, especially at the younger levels.

But the Pocket Radar is essentially indistinguishable from someone holding up his/her cell phone vertically, something athletes at all levels are used to.

For lower levels, including Little League, it’s a way to prevent injuries. Coaches can easily test how hard a pitcher is throwing a ball to determine if more rest is needed or even if there’s something wrong with someone’s arm. It’s also a way for parents and athletes to test expensive bats before buying them.

Of course, it’s not limited to baseball and softball. In sports where the speed of an object is important like hockey, volleyball, and tennis, it’s similarly valuable.

“It’s an indispensable tool if you want to train the best way possible.” Stewart and Goody said. “Within years, if you are serious about sports that involve hitting a ball, one of your first purchases will be a pocket radar. As that gets out of the bag, everyone’s going to want some of that. In a short amount of time, it will just be the way that you train. If you don’t train that way, you won’t even be competitive. It can change the skill level so fast.”

The Ball Coach model is used for baseball and softball, and has already been adopted by many of the country’s top programs. Additionally, scouts from every MLB team have a Ball Coach model, with the San Diego Padres and Houston Astros, Milwaukee Brewers, and Los Angeles Dodgers being some of the most notable clients.