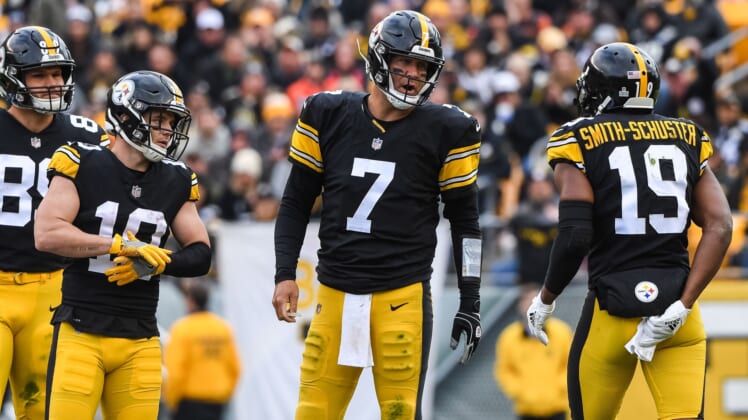 Quarterback Ben Roethlisberger and Pittsburgh Steelers are trying to move forward and rid themselves of the drama that was attached to the quarterback and former wide receiver Antonio Brown.

Hence, Big Ben hosted a weekend of bonding at his lake house with his teammates on offense. Some of Roethlisberger’s teammates even took to posting their escapades on Instagram.

As for Roethlisberger, he has been fairly quiet this offseason in regards to all of the earlier chaos that surrounded the team. This is his only public comment made thus far.

“We want to show who we are, dedicated to this team, dedicated to having a great season,” Roethlisberger said to Steelers.com (h/t Jeremy Fowler of ESPN). about the team’s strong attendance during the offseason program. “We are all about each other.”

It would appear that the Steelers and a newly paid Big Ben just want to focus on practicing and making their team even more successful than it was in 2018.

It is refreshing to see this organization working its way back to harmony.