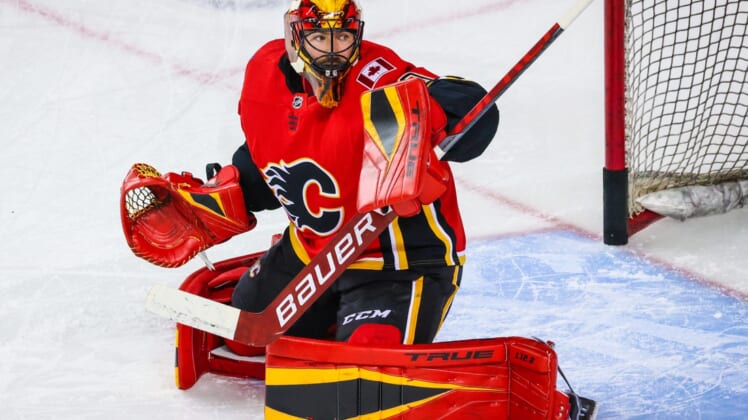 The Pittsburgh Penguins signed journeyman goaltender Louis Domingue to a one-year, two-way deal worth $750,000 at the NHL level Thursday.

The 29-year-old served as the Flames’ taxi squad goalie in 2020-21 and played just one NHL game, plus three at the AHL level.